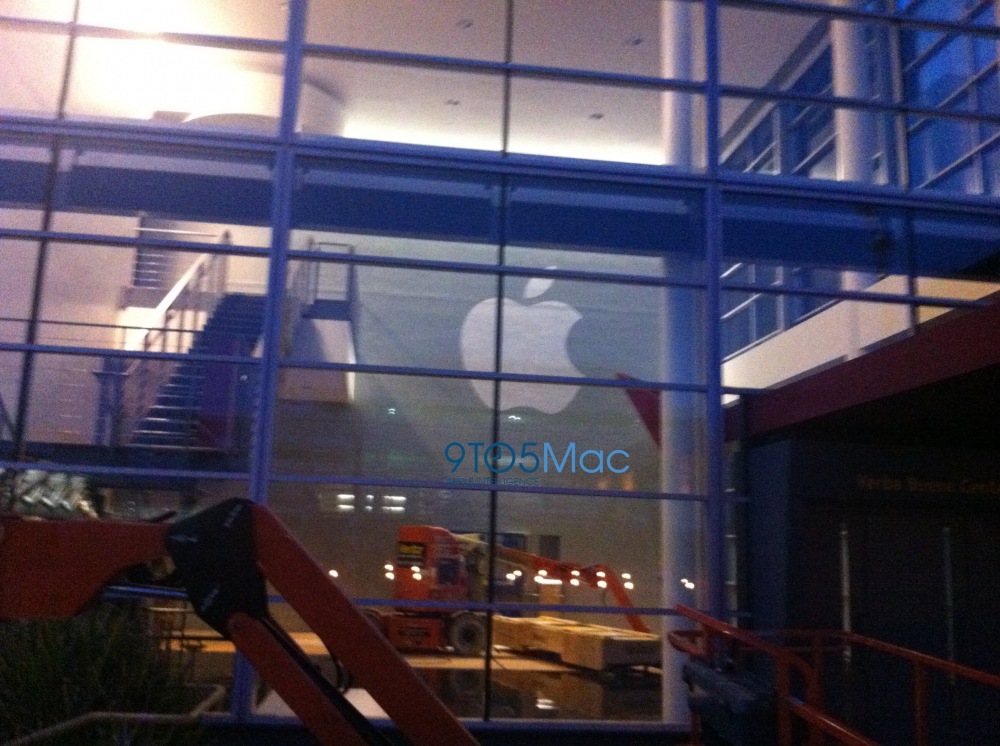 Apple has begun minor preparations for next Wednesday’s iPhone event at the Yerba Buena Center early last night. They haven’t had the chance to hang more than one Apple logo, but it’s a start.

On September 12th, 2012, at 10:30 Pacific time, Apple will unveil what’s likely to be the next-generation iPhone. There is some uncertainty, but we may see even an updated iPod or two. If you’re counting, it is just five days away from this point; time flies doesn’t it?

Over the weekend Apple’s construction team will have a profuse amount of work to complete. Apple typically hangs many tile blocks with their Apple logo and plentiful more banners within the center. 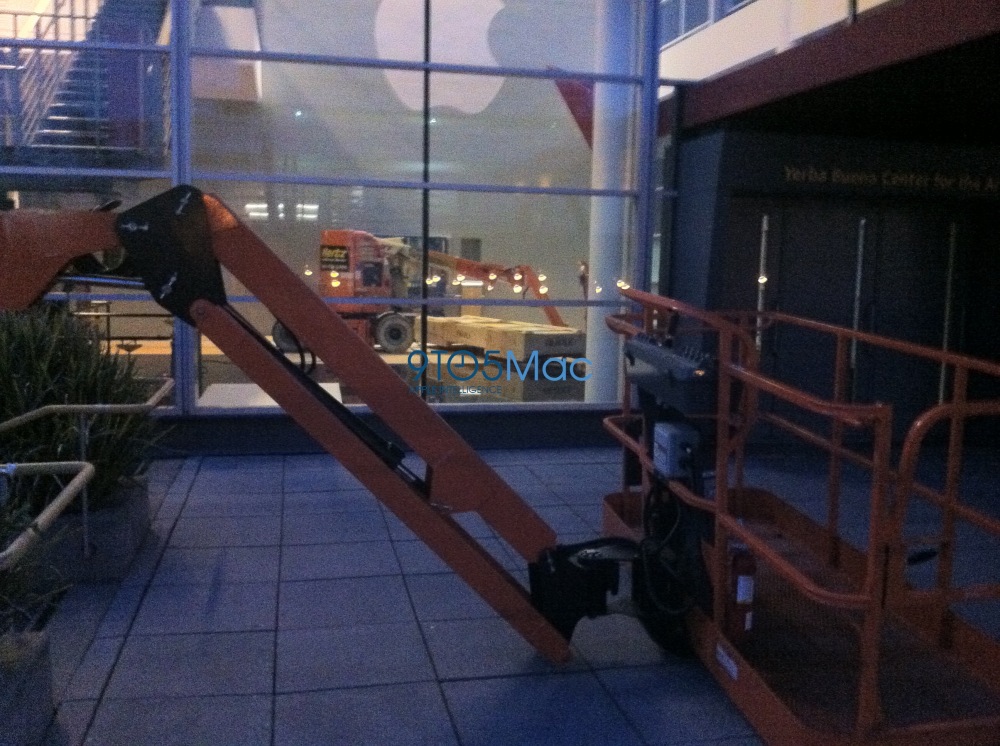 In contrast to last year’s iPhone event, the Yerba Buena Center has a much larger auditorium compared to the Cupertino campus center occupied last year. This only comes to support that Apple may be preparing to launch a string of products, an iPhone, iPod touch, iPad Nano? Who knows, we will see within time.

With the iPhone 5, we can expect a 4-inch display, faster processing, extra RAM, and iOS 6. Many have called the rumors lousy thus far because the iPhone 5 will once again feature the same form factor as the iPhone 4/4S, let’s face it though, we are still going to buy the iPhone regardless, right?

Update: more images can be found over at MacStories as shared by @stevestreza. Check out a couple images below: 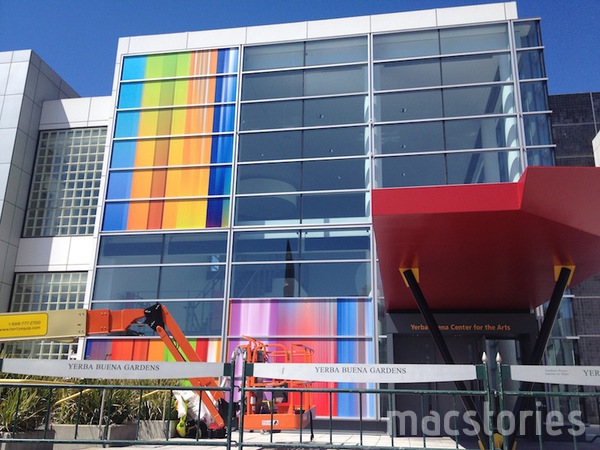 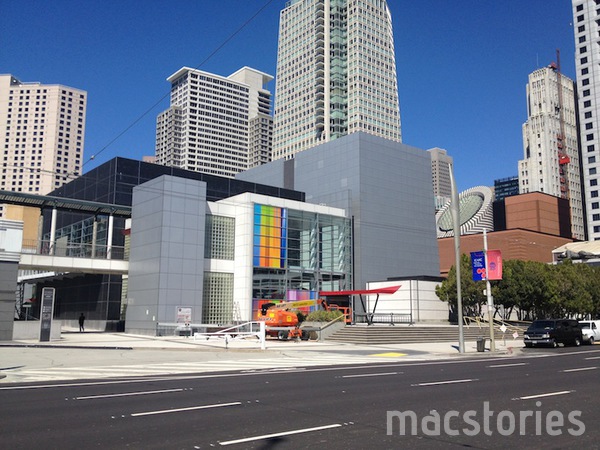