Apple is set to celebrate five years of the App Store this July 10th and to celebrate this occasion the company has started sending out posters to members of the media, including Financial Times reporter Tim Bradshaw, who posted an image and Vine of the poster, which features various milestones and apps for the iPhone and iPad. 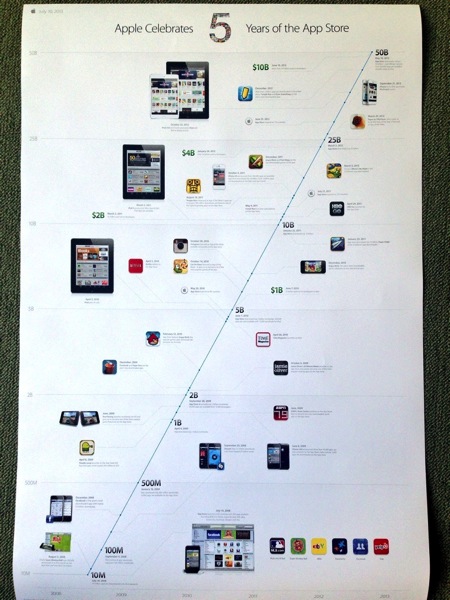