Apple Says Siri is Ready for Super Bowl 2017, Can Answer These Questions

Apple has announced today Siri is ready for the Super Bowl LI, set to take place on Sunday, February 5, 2017. 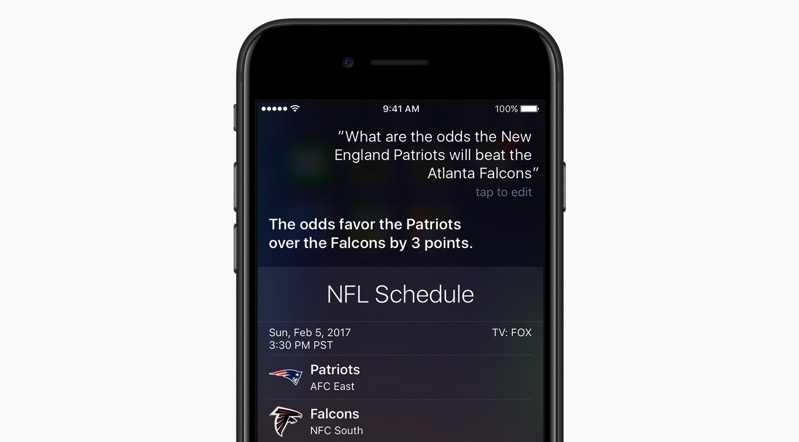 In a press release, the company says “Whether you’re at home, at a local sports bar or at a friend’s party, Siri is available everywhere you are and provides even more football insights including team rosters, player comparisons, historical stats, season records and more.”

Here are some questions Siri can answer, for example:

For users in the United States with Single Sign-On for Apple TV, you can say “Watch the Super Bowl” and Siri will do the rest.

Apple also says Siri will be helpful for your party questions and even help book your Uber at the end of the night for a ride home.

The Canadian Radio-television and Telecommunications Commission, the country’s broadcasting and telecommunications regulator, announced on Monday morning its website and phone lines are down for the count, in what appears to be an unscheduled outage. “Please note that our website, its related applications and phone lines are temporarily unavailable, we will update you as soon as […]
Gary Ng
39 mins ago