A new patent granted to Apple by the U.S. Patent and Trademark Office (USPTO) titled “Method for representing points of interest in a view of a real environment on a mobile device and mobile device therefor” details how an augmented reality (AR) based mapping system can point out important areas in a landscape for a user (via Apple Insider). 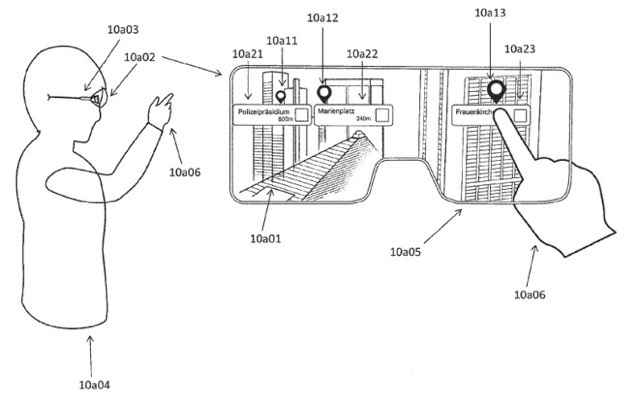 The patent illustrates how an AR mapping app could work on an iPad or an iPhone as well as on a pair of hypothetical smart glasses. It suggests that the system could be used for small environments as well as larger spaces. It also discusses the location of items in a house, like pinpointing where your iPhone is in your house, instead of using “Find my iPhone”. 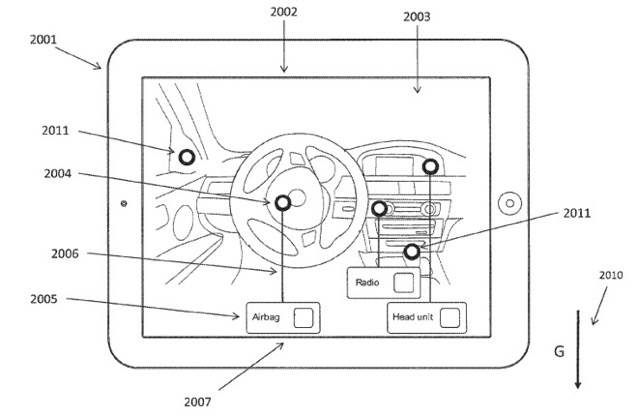 One image shows an iPad showing off key features of a car’s interior, identifying and highlighting important items, whereas another illustration depicts a head-mounted display view that would be expected from the usage of smart glasses or a VR headset:

With each indicator, extra supplemental information could also be offered in a separate and uncluttered part of the display, such as its name and distance.”

The patent was originally filed for by Apple back in April 2017.