According to a newly published patent application from Apple, which is a continuation of a previously filed application with contributions from YouTuber Mark Rober, Apple is continuing its efforts to create a VR-based solution for motion sickness experienced by riders in vehicles (via MacRumors). 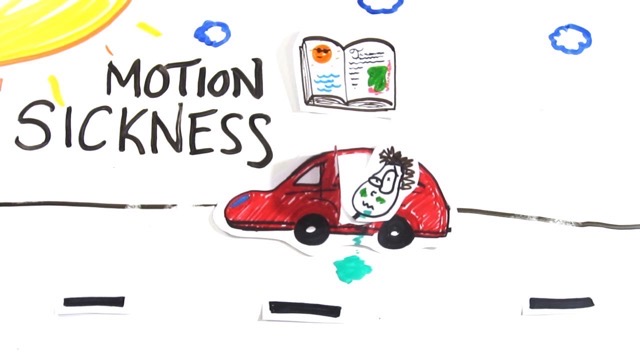 Titled “Immersive Virtual Display,” the application describes a VR system for vehicles which can adjust in real time to accommodate a passenger suffering from motion sickness. Apple’s proposed VR system, which could involve a headset or projection onto a window or other surface, would generate virtual content for providing a view of the virtual environment.

The filing explains that the vehicle’s systems and controls could also be integrated with the VR system to provide physical effects with the virtual experience.

The patent makes clear that this would include control of throttle, brakes, suspension, and steering. Furthermore, the fan speed, temperature, and direction of heating and air conditioning could also be changed to provide physical effects to the virtual experience. Plans for the inclusion of sound effects via the car’s audio system are also included.

Simulated environments would be stereoscopic to create an illusion of depth, and adjust in real time to provide the illusion of the user moving within the scene.

The new application also refers to a potential mixed reality application of this technology, which may indicate its use in the rumoured Apple Glasses product.