Yesterday, Apple stock (AAPL) hit a record closing high of $133.29 per share and today, the Cupertino tech giant’s stock has set another record, setting an all-time intraday high. According to CNBC, APPL rose nearly 1% today, briefly passing the previous record of $134.54 per share set in April 2015. 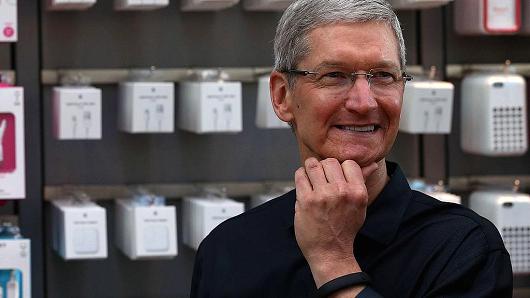 The Wall Street has already given positive outlooks for the next iPhone, as the company has returned to revenue growth this year. The report notes that although Apple hit a market capitalization of around $701 billion yesterday, because of share buybacks it would have to touch above $147.41 to set a new market value record.

Microsoft, Alphabet, Netflix and Facebook have hit all-time intraday highs this year. With Apple, Alphabet, Microsoft, Amazon and Facebook all near records, their total market capitalization of $2.57 trillion accounts for 13 percent of the S&P 500, according to Factset. The S&P 500, Dow Jones industrial average and Nasdaq all hit record highs on Monday, despite trading in relatively narrow range for most of 2017.

Apple is one of the world’s most closely watched stock, thanks to its massive size as the most valuable publicly traded company in the world.