Apple’s holiday quarter results didn’t impress just the analysts, but they also pleased investors like Carl Icahn. In an interview with CNBC, Icahn suggested that he may follow up on his own Apple stock price target and emphasized once again that it is still undervalued (via AppleInsider). 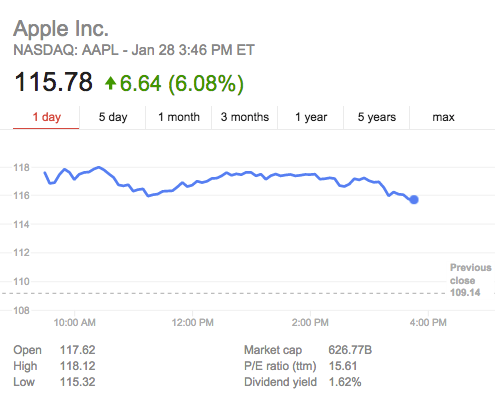 From an activist investor’s point of perspective, Apple stock is a no-brainer. You may recall that last October Icahn made headlines with his open letter to Tim Cook, in which he expressed his belief that Apple stock should be traded at around $203.

“I don’t recommend too many stocks, I don’t like to do that unless I think it’s a no-brainer,” Icahn said. “And this one is sort of amazing to me, because you know every decade you get one of these — maybe two or three. […] I guess we’re going to have to revise our guidance,” he added.

Now, in light of the recently published earnings, he is leaning toward a higher price target. He still believes that Apple could spend more of its $179 billion available to buy back its own shares.

The relationship between Apple and Carl Icahn as a shareholder wasn’t always so bright. You may recall that in 2013 Icahn attempted to file a shareholder proxy note forcing Apple into a stock buyback. He ultimately dropped that initiative after seeing some positive moves from Apple: the company spent roughly $14 billion on its stock buyback in early 2014.

New Twitter owner Elon Musk confirms that the revamped Twitter Blue verification system is to launch a week from today. On December 2nd, Twitter will begin manually verifying paid Twitter Blue subscribers. As part of this new system, two new verification checkmark colours will be introduced alongside the standard Blue. In a tweet, Musk revealed...
Steve Vegvari
7 mins ago