Today Apple made history with its 2015 Q1 earnings, which resulted in a record net profit of $18 billion, the most in corporate history (oil and gas, take a back seat).

Here’s a chart of iPhone sales growth over the years—look at that current average selling price (via WSJ): 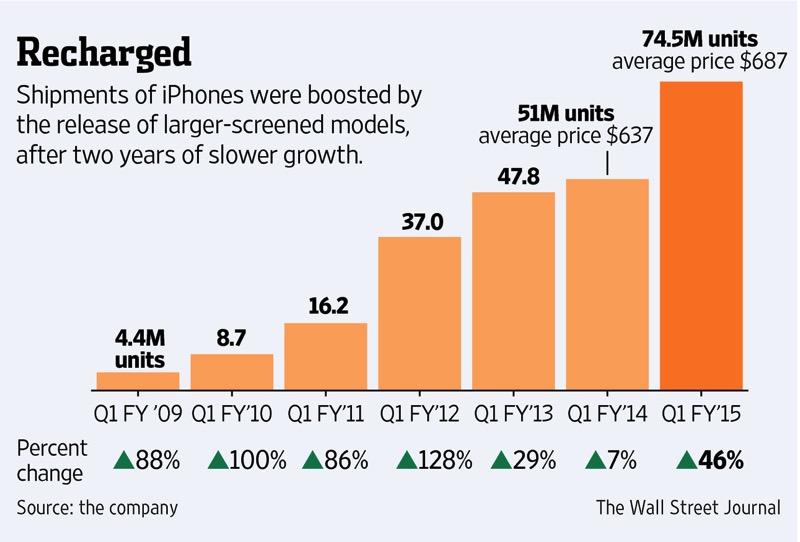 Here’s how the rest of the Apple product line looks compared to iPhone (via ArsTechnica): 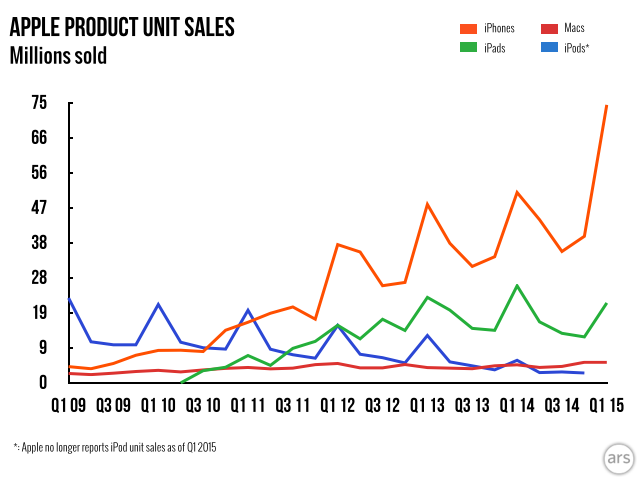 Here are some of the numbers and interesting nuggets from the 2015 Q1 earnings call (via Six Colors):

Each is a different implementation and so in some ways, there’s a different set of carriers in every country, there’s a different set of banks in a lot of the countries, some of the processes with the merchants are different. And so it’s an area where there’s quite a bit of difference country to country to country and so there’s clearly heavy lifting involved to scale. However, it’s not something that scares us or that’s preventing us from viewing it as a big opportunity.