Apple is currently trading above $100 again, following the sudden drop which saw the company’s stock price fall 13.4% between late April and May 12 after those “disappointing” numbers. Fact is, Apple’s sales were down – for the first time in 13 years.

Things apparently changed, however, when Warren Buffett, “the Oracle of Omaha”, made headlines that he owned $1 billion worth of stock in Apple.

Some may call it the Warren Buffett effect, some may point to the positive reports surrounding Apple’s forthcoming iPhone. Fact is, Apple’s stock price has rebounded, and it finally broke that $100 mark, jumping 9%, as noted by Forbes. 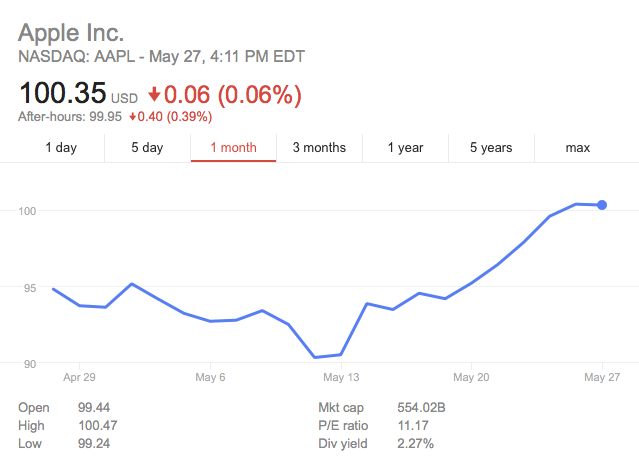 Actually, other Buffett disclosures had positive effects on other stock. Take Kinder Morgan, for example: when Berkshire Hathaway disclosed that it owned a stake in the company, its shares rose 11%.

It is worth adding, though, that Apple has apparently increased its iPhone 7 order target, betting high on the popularity of the still unreleased handset. It has allegedly placed orders for 72–78 million iPhone 7 units for this year. That tops average analyst expectations of 65 million units.