Apparently, the tech company that represents no interest for activist investor Carl Icahn does for Warren Buffett’s Berkshire Hathaway. A 13F filing with the Securities and Exchange Commission reveals that Berskshire holds 9.8 million Apple shares worth roughly $1 billion.

As detailed by a Wall Street Journal report, Buffett avoided technology stocks, because he didn’t understand the sector, and invested instead in insurers, financial companies, and industrial business (such as Coca-Cola and American Express).

The filing disclosed the data available from March 31; at this point it isn’t clear whether Berskshire has continued to buy Apple stock since then. 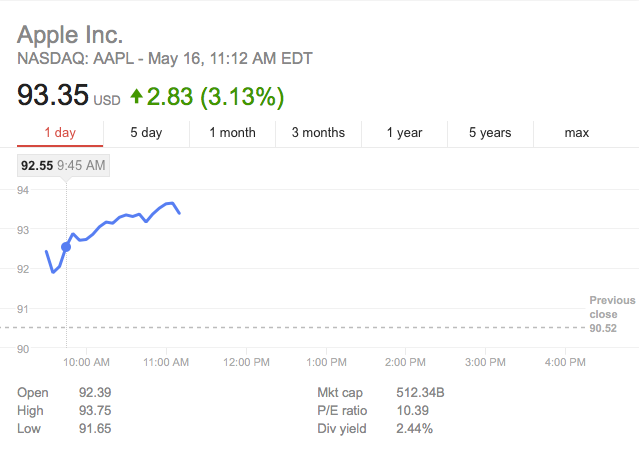