The Apple Store is now down for the count, ahead of Apple Watch pre-orders set to kick off at 12:01AM PDT/3:01AM EDT tonight. Apple’s new 12-inch MacBook is also expected to become available for pre-order tonight as well, since its launch day is tomorrow. 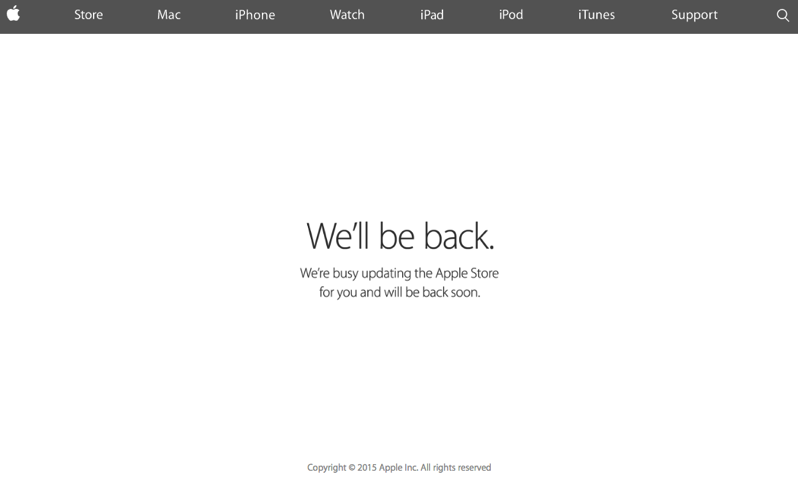 As we speak, other first-wave launch countries such as Australia and Japan are already trying on Apple Watch and posting numerous pictures online. These hands-on images will provide those of us waiting a closer look to make that final decision on which Apple Watch model to buy.

For those pre-ordering tonight, we suggest using the Apple Store iOS app to place your order, as in the past it goes ‘online’ faster than the website (well, the iPhone 6 pre-order was a bit of a mess). As a backup, you should be glued to your Mac or PC as well, to ensure you get your Apple Watch of choice as soon as the store goes back online.