9to5Mac reports that Apple is planning a “worldwide overnight refresh” of its older retail stores early next week. According to sources speaking with the blog, this refresh is specifically for older and smaller stores “that aren’t suitable for the full redesign we’ve seen in flagship stores”.

The redesign of Apple Stores Angela Ahrendts, the company’s head of retail, has envisioned aims to create new spaces where Apple fans can meet. The new design was shown off by Ahrendts ahead of the opening of San Francisco’s Union Square store. The features shown include (but aren’t limited to) power sockets that rise out of the tables when you wave your hand, rows of trees with surrounding seating (the Genius Grove) and more.

But some of the existing Apple Stores aren’t “compatible” with the new design features, so Ahrendts and her team have come up with something that’s described as a “halfway house” between the original and new looks. 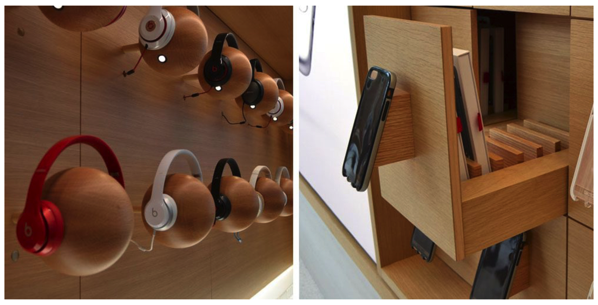 The sources say the applied refresh will help the store mirror the new design and be limited only by the space available. Among the new features expected for May 17 when the stores re-open is the use of more natural materials such as granite and wood, as you can see in the picture inserted above.