A press release issued by The Pure Group suggests Apple has finally found a location for its first official brick-and-mortar store in Singapore, as spotted by Tech in Asia.

The fitness chain Pure Fitness has announced that it will be closing the gym located at Knightsbridge, a distinctive, four-storey shopping centre with an area of 83,000 square feet.

Pure Fitness is one of the tenants of the real estate located at 270 Orchard Road. As noted in the announcement, “Pure and other tenants will be handing back space to make way for the opening of a new Apple store in late 2016.” 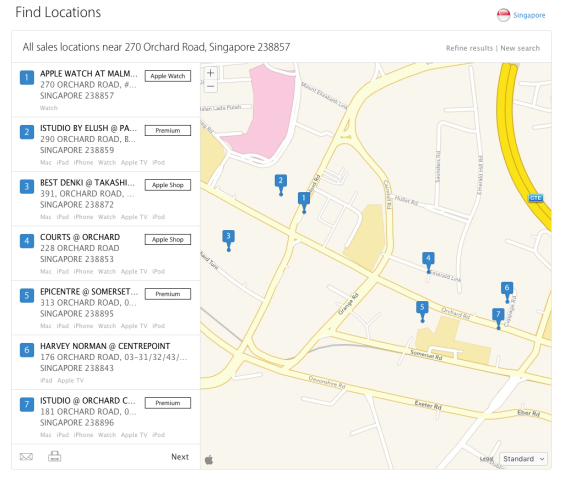 While Apple does not yet have an official store in Singapore, it does have a presence through an online store and authorized resellers. Interestingly, in the area where the official Apple Store will allegedly be located, there are a few Apple Shops (Apple-designed outlets located within selected Apple resellers and other retails shops), alongside Premium Resellers and Apple Watch retailers.