Earlier this year, it was reported the Eaton Centre in Toronto was set to gain a new, larger Apple Store, as detailed in a city building permit. 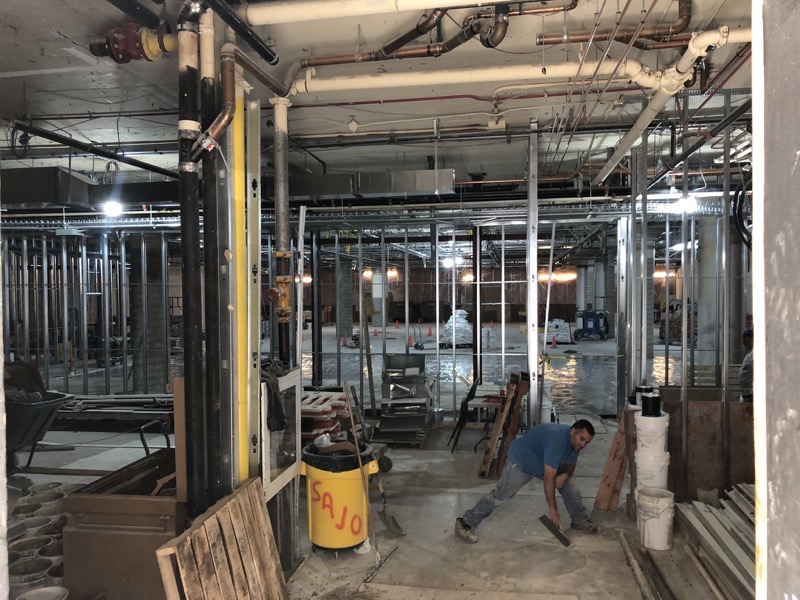 The building permit detailed how Apple wanted to move its second floor location to the ground floor, doubling its square footage to 11,000, thanks to taking over the retail space of Abercrombie & Fitch.

Toronto photographer, Pedro Marques, provided iPhone in Canada with a photo of the new Apple Store at Eaton Centre he took recently, currently under construction.

According to Marques, he believes this new location “won’t be considered a flagship store,” as Apple apparently downsized its floor space plans. Apple had options to use both floors for a new store, or just the Abercrombie & Fitch, or Abercrombie & Fitch plus Bay Gap and Scotch & Soda retail spaces; the latter went to another tenant.

The opening of this new location is apparently scheduled for this October, which most likely would coincide with the availability of expected 2019 iPhones.

Apple is also planning a new location at development The One at Yonge and Bloor, designed by architecture firm Fosters + Partners, behind Apple Park in Cupertino.

Marques believes Apple is also planning another potential store at new development The Well, located at Spadina and Front in downtown Toronto.