In February 2016, Apple reportedly abandoned plans to open a new store at Yonge and Bloor streets in Toronto, but now new plans hint a flagship store may once again be in the works. 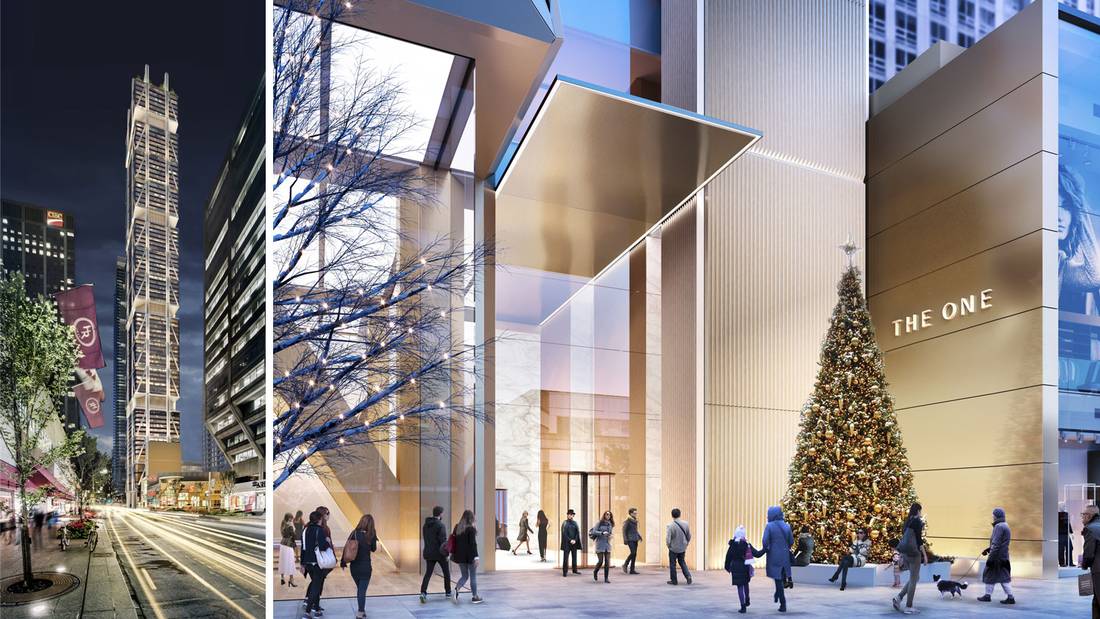 Render of The One (via The Globe and Mail)

According to a MacRumors reader, blueprints for the store which were submitted to the City of Toronto in spring of 2016 were recently updated, with Apple being named at a later date.

The flagship Apple Store would be an anchor tenant at the foot of The One, a luxury condo project under construction at the corner of Yonge and Bloor in Toronto. The ambitious 85-floor condo is a project by London-based architecture firm Foster + Partners—the same company that helped create Apple Park.

Details note the retail store would offer 19,000 square feet, spanned across three levels and also room for a cantilevered balcony, reminiscent of the flagship Union Square Apple Store in San Francisco. The glass entrance to the new Toronto Apple Store would be on the sidewalk looking towards Yonge Street.

Once complete and standing 306.3 metres high, The One will be the tallest building in Canada, and having a flagship Apple Store in the country’s largest city would fit perfectly. The condo will also include a 175-room hotel and seven levels of retail.

The first level of The One will be 33 feet tall and wide open thanks to columns around the edges, perfect for a rumoured Apple Store. Back in October, Giles Robinson, an architect and senior partner with Foster & Partners, told the Globe and Mail “We feel that articulation of the structural frame is a strong image for the building and will become a talking point.”