If you like to live life on the edge, say, by carrying around your iPhone 4 ‘naked’ without a case, you certainly will pay the consequences should you drop your phone on any hard surface. Even though it’s Corning Gorilla Glass that engulfs both sides of the iPhone 4, an awkward impact can shatter your phone.

Accidents happen to the best of us, so when my iPhone 4 slid off my desk and landed onto granite tile, I heard a gut-wrenching ‘pop’ and instantly knew something horrible had happened. The phone had previously survived multiple drops, but this time was a true ‘double face palm’ moment.

My worst nightmare–the back glass cracked–and would’ve exploded everywhere if it wasn’t for ZAGG’s invisibleSHIELD holding it together. Â Aside from the damage incurred, the phone worked fine. 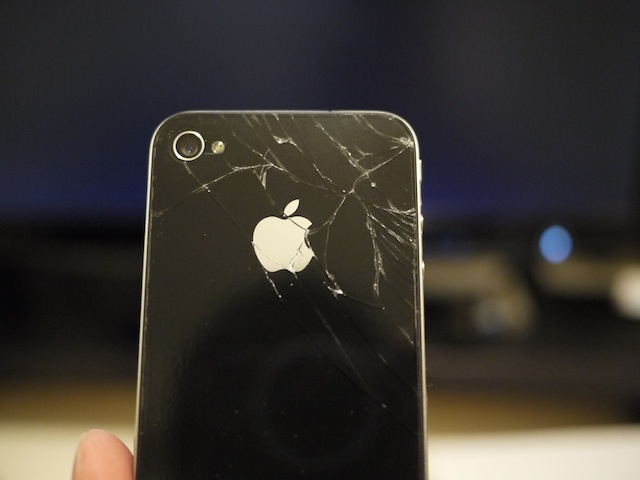 So a trip to the Apple Store ensued after making a reservation with a genius. Low and behold, it was only $29 CDN plus tax to replace the back glass panel. It would’ve been much more expensive if it was the front. I handed over my phone to the genius, and five minutes later, my iPhone 4 was back in my hands with a brand spankin’ new back panel. Awesome. 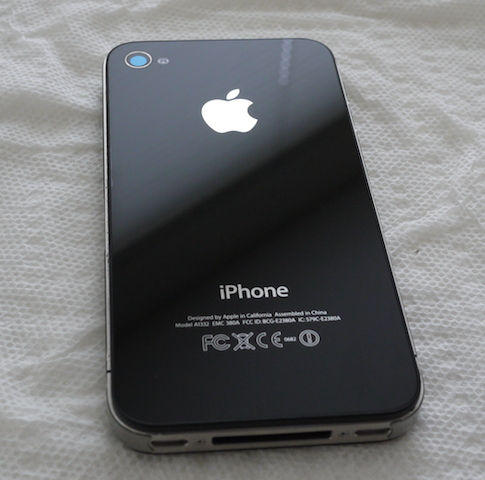 So if you run into an accident, visit your local Apple Store before trying out the waters on Craigslist. It’s cheaper, and you’ll get a better experience. Now, excuse me while I put the Bumper back onto my iPhone (temporary of course).

How have your experiences been when dealing with Apple Retail stores?