Earlier this evening the City of Cupertino posted updated plans for the Apple Campus 2 Project, Apple’s new ‘spaceship’ campus. Apple last submitted plans back in November of last year and a Bloomberg report at the time noted the timeline would be delayed until mid-2016.

The revised plan in the introduction submittal details an increase in parking spots from 9,220 stalls to 10,980 stalls. Part of the increase comes from an additional 70 parking spots added to the main site four level parking structure with photovoltaic roof (accessible spaces dropped from 96 to 73 spots). Apple continues to revise its parking plans to make room for additional stalls as this same structure last had a 26% increase in November.

Below are some additional new renderings added showing off walkways, the intense greenery aspect of the campus and bike lanes: 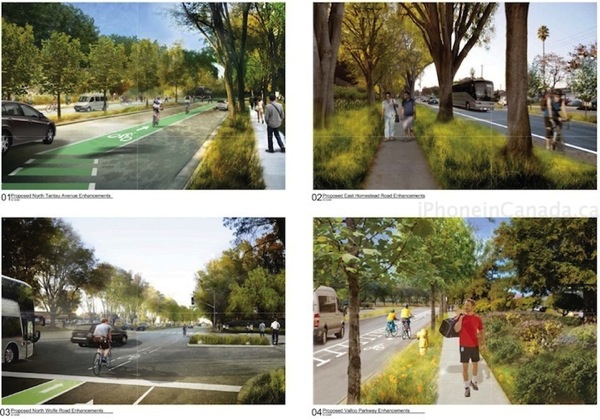 You can take a look at the revised proposals yourself below:

Earlier this month, a follow up report by Bloomberg cited sources saying the project was $2 billion over budget and behind schedule. The late Steve Jobs personally explained the plans for the campus to Cupertino City Council in June of 2011.