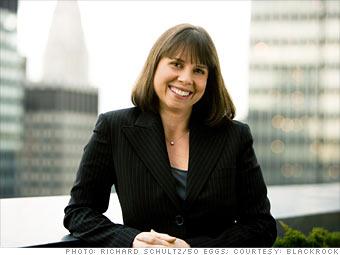 Apple has just announced it has added a new member to its board of directors, Sue Wagner, the co-founder of BlackRock, an investment management solutions company. Wagner’s arrival will see the retirement of Bill Campbell, who has served for 17 years with Apple and also the longest serving member on the board.

Wagner said in a statement “I have tremendous respect for Tim, Art and the other board members, and I look forward to working with them.” She currently serves on the board of BlackRock and DSP BlackRock (India), as well as Swiss Re, Wellesley College and Hackley School. She was formerly named one of Fortune’s 50 Most Powerful Women.

“Sue is a pioneer in the financial industry and we are excited to welcome her to Apple’s board of directors,” said Tim Cook, Apple’s CEO. “We believe her strong experience, especially in M&A and building a global business across both developed and emerging markets, will be extremely valuable as Apple continues to grow around the world.”

“We conducted an exhaustive search for someone who would further strengthen our board’s breadth of talent and background, and we are delighted to have identified such an outstanding individual,” said Art Levinson, Apple’s chairman. “I’m confident that Sue is going to make an important and positive impact on our company.”

Campbell joined Apple back in 1983 as the company’s VP of Marketing and later joined the board 14 years later when the company was on the ropes. CEO Tim Cook said Campbell “not only helped Apple survive, but he’s led us to a level of success that was simply unimaginable back in 1997.”

Campbell had this to say:

“Over the past 17 years, it’s been exciting to watch history unfold as Apple emerged as the premier technology company in the world. Working with Steve and Tim has been a joy,” said Campbell. “The company today is in the best shape that I have seen it, and Tim’s leadership of his strong team will allow Apple to continue to be great going forward.”

A report earlier this month by the Wall Street Journal said Apple was ready to add new members to its board. Earlier this year, Apple agreed to diversify its board after it was criticized by shareholders. Wagner joins Andrea Jung, the former CEO of Avon, as the only other woman on the board.

Update: According to Apple’s SEC form-8k filing, Wagner will receive an annual $50,000 retainer for her service as a non-employee director, paid in quarterly installments. She will also gain an automatic initial grant of 1,646 restricted stock units, as per the company’s Director Plan.