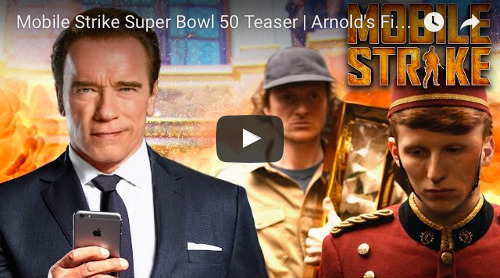 Apple didn’t even need to buy airtime during America’s National Football League 2016 Super Bowl, as it was present in various commercials through its products. AppleInsider’s Daniel Eran Dilger has put together a list of the Apple products featured in commercials yesterday.

The Apple Watch was spotted in a Hyundai ad showing off the car manufacturer’s Bluetooth automotive system called Blue Link, enabling remote start and unlocking, among other features.

In a second car commercial, Apple’s CarPlay is shown on the large in-dash display of Kia’s 2016 Optima. This is Kia’s first car to support CarPlay.

Of course, the Beats (now part of the Apple family) headphones couldn’t miss the “party.” While it wasn’t aired during the game, the ad named “Cam’s Prayer” was promoted on Twitter and YouTube, featuring NFL MVP and Carolina Panthers quarterback Cam Newton wearing a pair of Powerbeats Wireless 2 headphones.

An interesting highlight of the event was Tim Cook’s tweet, which in optimal conditions should be pro-Apple. But this wasn’t the case for this particular shot. You can decide for yourself.