Apple supplier of metal casings Catcher Technology has been found to be violating health and safety, environmental, and human rights, by an investigation by Green America and China Labor Watch (via the NYT). 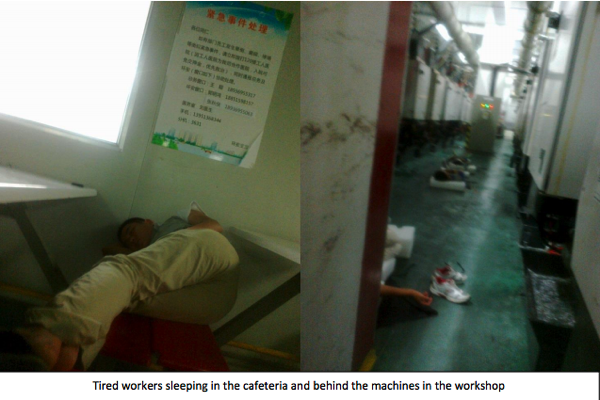 The investigation was conducted last month and was released to the public today, less than a week before the highly anticipated iPhone 6 release. The groups had previously investigated this factory located in Suqian, China, in April last year, and they found the same violations. Back then, China Labor Watch reported its findings to Apple privately, and the company committed to solving the issues.

More than a year after their first investigation, the groups went back and were surprised to find that nothing had changed in 16 months.

Catcher Technology is a Taiwanese company that manufactures components for Apple and other companies such as Dell, HP, Lenovo, Sony, HTC, etc. During the CLW and Green America investigation, the company was found to be employing student workers (16–18 years old) for the same positions as adults for 10+ hours per day, dumping industrial fluids and waste into groundwater and nearby rivers, giving inadequate personal protective equipment for handling toxic materials, and forcing its workers to work overtime. And these are just a few of the violations enumerated in the report released today.

Catcher Technology was said to be supplying chassis for the iPhone 6, but Apple reportedly rejected the 4.7-inch component, as Catcher failed to meet Apple’s standards.