Two key players in Apple’s supply chain — Foxconn and Advanced Semiconductor Engineering (ASE) — are in a race to take control of Taiwanese chip company Siliconware Precision Industries (SPIL). At stake are billions of dollars in potential revenue and new orders from Apple, analysts say (via the Wall Street Journal). 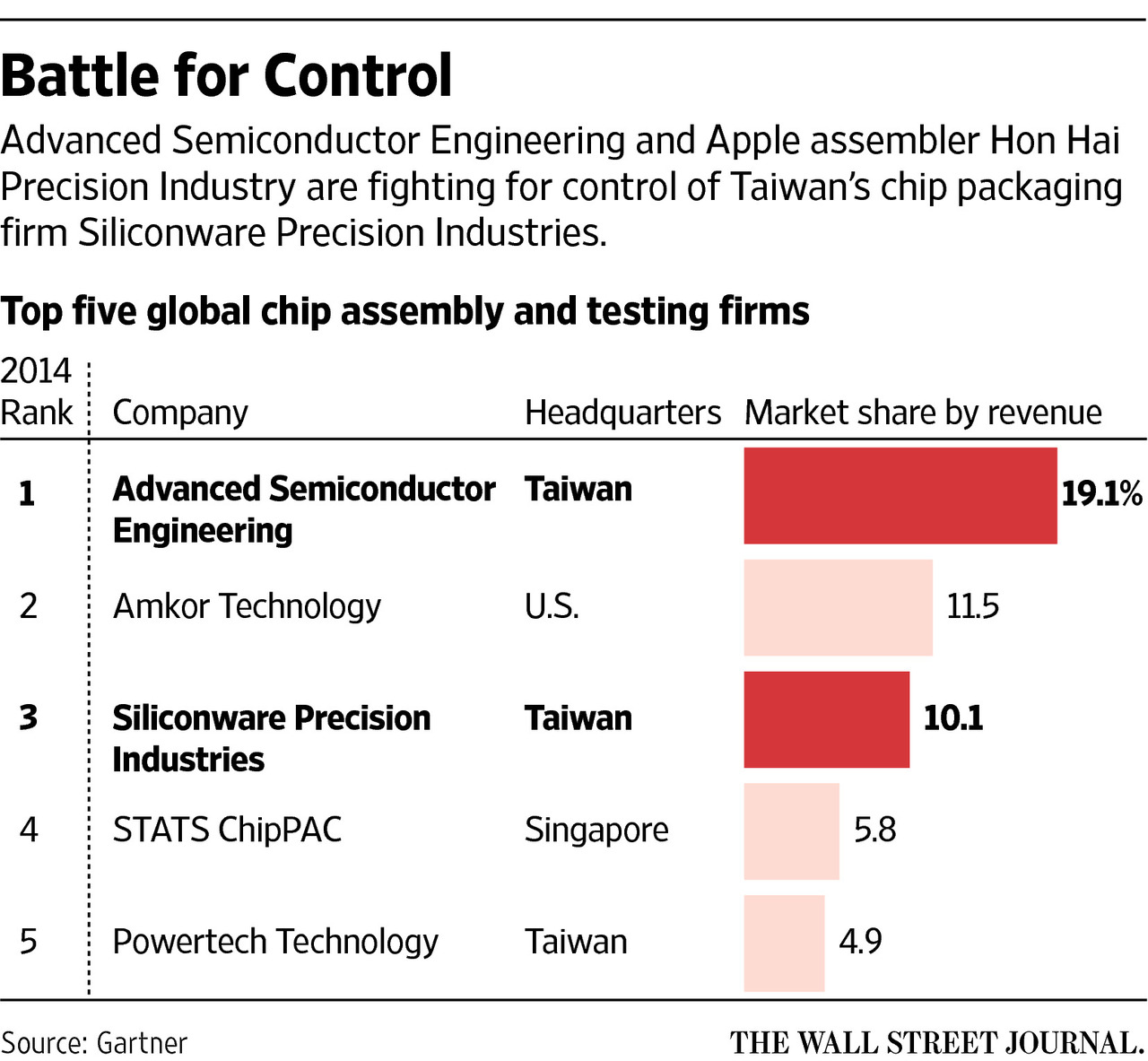 The battle over the smaller chip manufacturer underscores how sought-after Apple’s business is: earlier in September, ASE completed a 25% acquisition of SPIL with hopes of ultimately taking a controlling stake in the company. That would propel ASE far ahead of its Chinese competitors.

But then something happened: SPIL announced in late August that it would collaborate with Foxconn (Apple’s main assembly partner). The two companies agreed to swap shares, which ultimately gave Foxconn a bigger stake in SPIL than ASE has, especially when combined with the shares of SPIL’s founders.

The deal isn’t sealed yet, but Foxconn has high hopes for a shareholder meeting scheduled for Thursday. ASE, on the other hand, sent a letter to shareholders to vote against the swap — for the aforementioned reason.

What the two companies are after is growth: by acquiring a controlling stake in SPIL, they would be able to increase their earnings by assembling chips and other components for Apple using a component-packaging technology known as SiP, or system-in-package.

SiP accounts for 20% of ASE’s revenue, while SPIL supplies SiP in small volume, with hopes of rolling out the technology on a mass scale in 2017. Considering that Apple’s SiP orders accounted for $3.1 billion this year alone, the $6.5 billion estimated for 2017 certainly sounds appealing for both ASE and Foxconn.