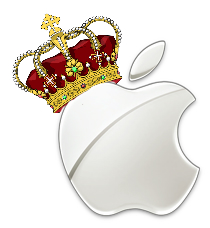 We learned a lot at Apple’s 2011 Q3 Earnings call, and today Financial TimesÂ reports that the Apple hasÂ surpassedÂ Nokia as the world’s biggest smartphone producer by volume. Some numbers:

The troubled Finnish mobile phone maker made a net loss of â‚¬368m ($524m) during theÂ three-month periodÂ as revenues declined 7 per cent to â‚¬9.3bn.

Shipments of Nokia smartphones declined by 34 per cent to 16.7m units, compared with the 20.3m iPhonesÂ shipped by Apple in its second quarter.

Apple was already the leader inÂ smartphone sales based onÂ revenue and profits. Google claims that there are more Android devices over iOS, but there are multiple Android manufacturers.

If you want to see the interim report from Nokia you can find it here.

Twitter's account verification subscription will cost $7 USD per month on the web but $11 per month on iPhone when it eventually relaunches, according to a report from The Information (via MacRumors). Elon Musk, who completed his long-embattled acquisition of Twitter back in October, reworked Twitter Blue to include account verification and a coveted blue...
Nehal Malik
44 mins ago