According to a new report by FastCompany, Apple, Google, Facebook and other tech companies are also looking to join Netflix and Amazon in offering up original content with Hollywood talent. The report claims that Apple is being referred to as “United Fruit Company” by some Hollywood A-listers, who have reportedly held secret meetings with the Cupertino giant’s executives, regarding an “exclusives” app on Apple TV and within iTunes with the goal of launching several original shows at once. 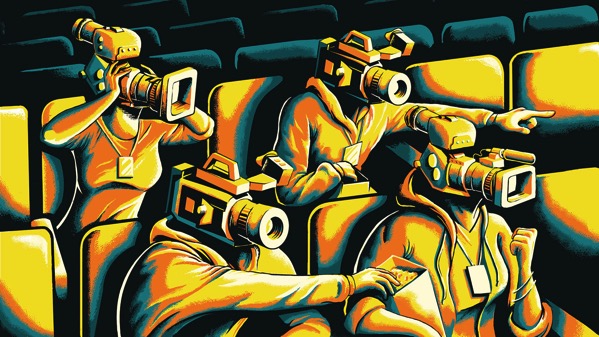 A source said that Apple wants to work with “triple A-list” talent and produce a roster of “must-see shows” available exclusively on its platform. Furthermore, three of the company’s largest rivals i.e. Google, Facebook, and Alibaba, have also increased investment in Hollywood content, each in different ways and with somewhat different goals. Google’s YouTube has launched a new “originals” division, Facebook is urging and compensating celebrities to live-stream video on its platform, while the China-based Alibaba is licensing, cofinancing, and developing feature films.

“The tech world’s most important players have suddenly embraced Hollywood for two reasons. First, they can no longer ignore the massive success that Netflix and Amazon have enjoyed by producing exclusive, high-quality programming. Since transforming from a DVD–by-mail service into a purveyor of buzzy series like Jessica Jones and Unbreakable Kimmy Schmidt, Netflix has morphed into a $40 billion business, amassed 75 million subscribers, and won Golden Globes and Emmys.

Second, they see a growing opportunity. The slow but inevitable fraying of the cable TV bundle has sparked a newly intense battle to win over audiences who have never been more in play”.

As four of the world’s biggest companies join the competition put forward by the likes of Netflix and Amazon, it may change Hollywood forever.