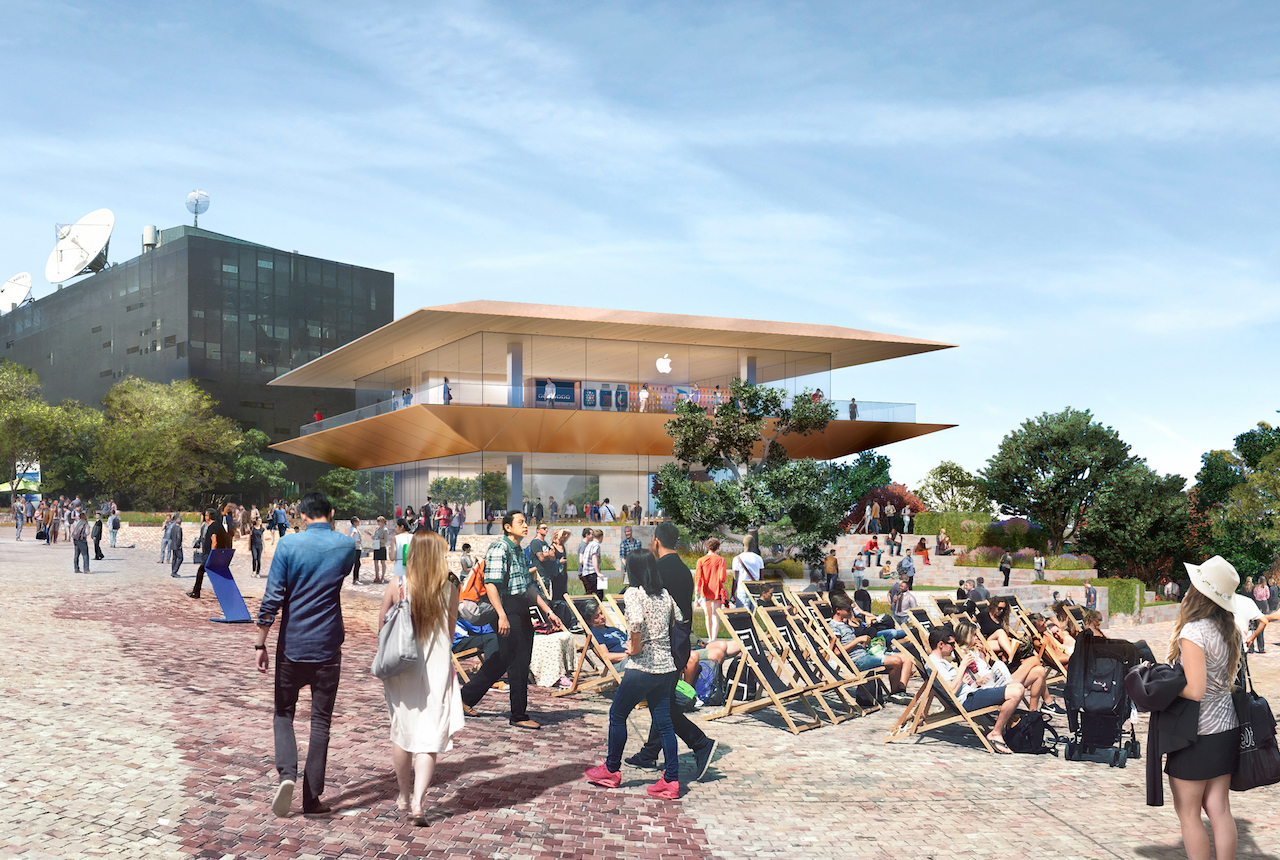 On Tuesday, Apple revealed plans for a global flagship store in Melbourne, Australia.

The store is set for construction in Federation Square, a cultural hub that acts as a home to multiple museums, art galleries, and restaurants. Apple calls the upcoming Federation Square outlet the “most significant store in the Southern Hemisphere.”

Slated to take the place of the existing Yarra building, which currently houses the Koorie Heritage Trust Gallery, Apple’s global flagship features a futuristic pavilion architecture with wrap-around glass walls on both levels and balconies with glass railings, overlooking the city and nearby Yarra River.

In a statement, Apple SVP of Retail Angela Ahrendts said:

“We’re thrilled to move forward in the planning process for our new home in Melbourne’s Federation Square and would be honored to call the world-class galleries and museums of Melbourne our neighbors. Apple Federation Square respects the original vision for the plaza, with a bespoke design concept and extensive landscaping bringing increased opportunities for the community to enjoy this renowned cultural hub.”

Construction of the new flagship is slated to begin in 2019 and will generate several hundred jobs. When completed in 2020, Apple Federation Square will be powered entirely by renewable energy and will support more than 200 new Apple retail employees.