Beginning this fall, Apple will be making patient health record data available to third-party apps on iOS via a new Health Records API.

All data will require explicit user permission to access and will be kept entirely off Apple’s servers. The Health Records API would allow developers to access certain parts of a patient’s health records by accessing it directly from the device, eliminating the need to store the data on Apple’s servers. 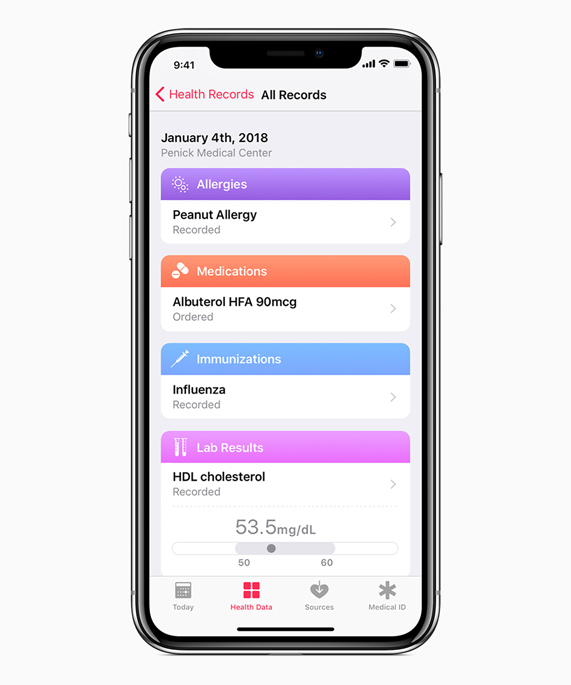 “Medical information may be the most important personal information to a consumer, and offering access to Health Records was the first step in empowering them. Now, with the potential of Health Records information paired with HealthKit data, patients are on the path to receiving a holistic view of their health. With the Health Records API open to our incredible community of developers and researchers, consumers can personalize their health needs with the apps they use every day.”

Apple has showcased a number of examples for this service, with CEO Tim Cook saying that this has the potential to save many lives. Here are a few of the examples that the company listed:

Medication Tracking: Medisafe, a medication management app, will connect with the Health Records feature so consumers can easily import their prescription list without manual entry, quickly enabling pill reminders and allowing the user to receive relevant medication information.
Disease Management: A diabetes app could access a patient’s lab results from their Health Records as well as their diet and exercise details through the existing iOS HealthKit integration, allowing for a more complete picture of the consumer and the best ways to encourage them to stay on track.
Nutrition Planning: A healthy eating app could offer consumers tailored programs based on their high blood pressure or cholesterol results by serving up low salt or high fiber meal plans.
Medical Research: With the new Health Records API, doctors can integrate patient medical data into their ResearchKit study apps for a more complete view of their participants’ health background.

Over the past few years, we have seen Apple make huge strides to offer customers easier ways to organize and access their health data. The company has done this in a way that assists users in living healthier lives.