Citing people who claim to have seen the devices, 9to5Mac is reporting that Apple is set to release three new ‘iPhone 11’ models this year to replace the iPhone XS, iPhone XS Max, and iPhone XR. The new flagship iPhones will feature Apple’s A13 chip and a new and improved Taptic Engine, among there improvements. 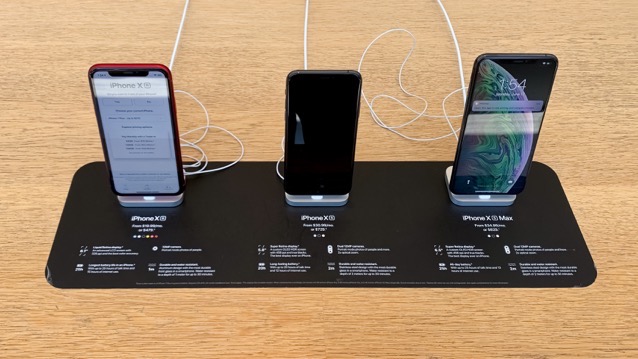 The three new iPhones releasing this fall are codenamed internally as D42 (iPhone12,3), D43 (iPhone12,5), and N104 (iPhone12,1), and will all continue to feature a Lightning port as opposed to earlier rumours of Apple switching to a USB-C connector. Moreover, all three devices will feature the same screen resolution as their respective predecessors.

The flagship devices replacing the iPhone XS and iPhone XS Max will reportedly feature three cameras on the back contained within a square, and will introduce a new “Smart Frame” feature for wide-angle photography.

“This year’s models will also feature a new type of Taptic Engine, known by the codename leap haptics. It’s unclear what types of features this new engine will enable at this point, but it’s possible that it’s geared towards improving Haptic Touch since the new devices won’t feature 3D Touch as we know it today.”

Apple will most likely unveil the new iPhones at a dedicated event in September.