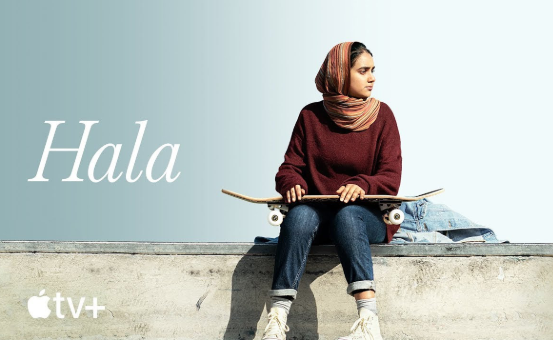 Apple has released the official trailer for its upcoming Apple TV+ original series, Hala, which was recently shown at the 2019 Toronto International Film Festival. The word hala means ‘halo’ in Arabic:

Seventeen-year-old Pakistani American teenager Hala (Geraldine Viswanathan) struggles to balance desire with her familial, cultural and religious obligations. As she comes into her own, she grapples with a secret that threatens to unravel her family. Written and directed by Minhal Baig and executive produced by Jada Pinkett Smith, ”Hala” was an official selection of the 2019 Sundance Film Festival and 2019 Toronto International Film Festival.

Apple TV+ launched earlier this month and costs $5.99 CAD per month in Canada after a seven-day trial. A discounted annual subscription is available for $59.99 CAD, while new Apple product purchases (iPhone, iPad, iPod touch, Mac, or Apple TV) made after September 10 get the service free for one year, along with Apple Music Student subscribers.

Apple earlier this month unveiled Apple Watch Ultra, the tech giant's highest-end smartwatch to date. The premium smartwatch carries a starting price of $1,099 and is geared towards extreme athletes and adventurers. Apple Watch Ultra is designed to be the perfect companion for when you're far away from civilization, whether you're below sea level or...
Nehal Malik
8 mins ago