Apple has launched new Apple TV sales today in Canada and the USA. We can confirm Apple Stores in Canada are selling the device today, after speaking with the location in Halifax that opened an hour ago local time. A previous report confirmed U.S. stores would sell the device at launch today and now you can expect your local store will do the same.

The company also sent out an email to customers this morning to note “The future of television is here.” 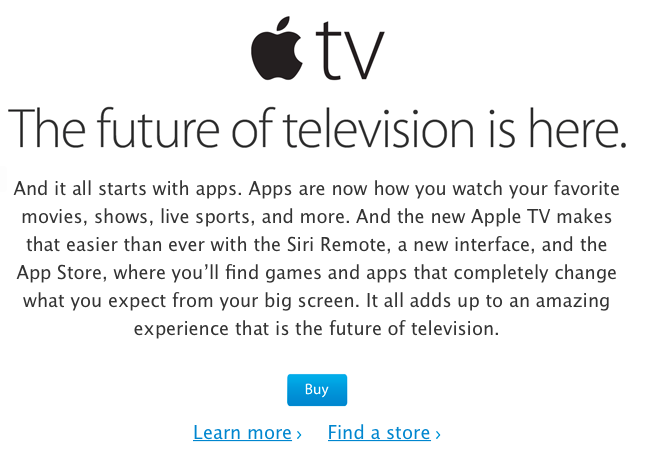 Yesterday, early Apple TV orders already started shipping for customers. You can expect these initial apps to be found in Canada when you unbox and launch your new Apple TV today. Some of you that ordered online probably will want to pick one up locally, which should not be a problem as online returns are free with Apple.

As for new Apple TV stock at Best Buy, one Halifax location we spoke with said they did not receive any shipments of the device today.

Stores in Montreal, Toronto and Ottawa are set to open within the next thirty minutes or so.

Let us know in the comments if you were able to buy a new Apple TV at your local Apple Store.