Apple TV Gets AppleCare+ For the First Time [Update]

Update April 21: To clarify again, AppleCare+ is new for Apple TV; prior to this, only the regular AppleCare was available. 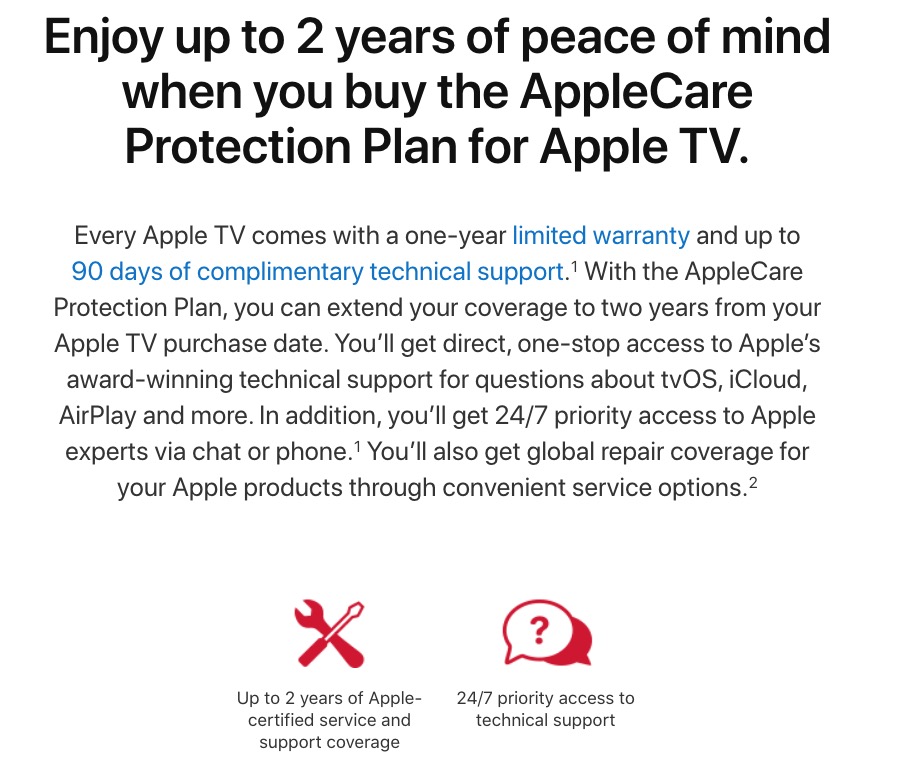 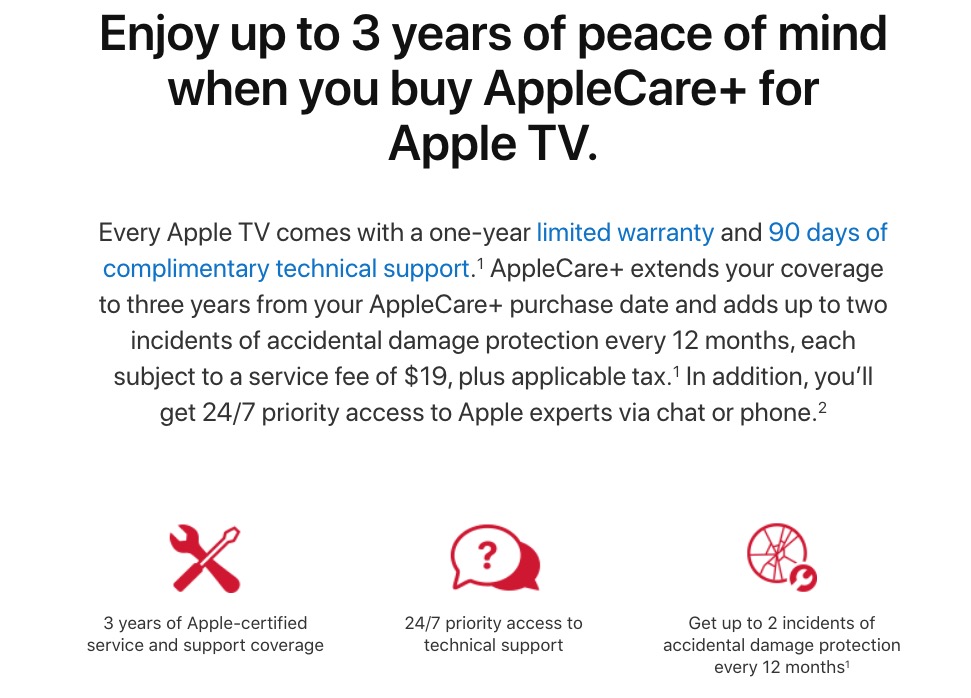 Today Apple unveiled a new Apple TV 4K, powered by the company’s A12 Bionic, plus the addition of 4K high frame rate HDR. More importantly, it comes with an all-new Siri Remote that you will soon be able to tell which side is facing up (without the help of a rubber band, sticker, etc).

Now, I can see AppleCare+ being worth it for an expensive iPhone for accident-prone people, but how often does your Apple TV get water spilled on it, or drops onto the floor (well maybe if you had little toddlers running around…).

Nevertheless, for those seeking extra peace of mind, AppleCare+ is available at $29 CAD, which is 13% of the cost of the entry 32GB Apple TV. I don’t think it’s worth it, as I’d rather put that money towards a future Apple TV should the new one suddenly burst into flames.

You’ll be able to pre-order the Apple TV 4K on April 30 and it launches in the ‘second half of May’.

Weeks after the official launch of the iPhone 14, Apple is already scaling up its new flagship product production. In order to meet demand, Apple will now be manufacturing its devices in India via Foxconn's plant in Sriperumbudur, Tamil Nadu. Apple officially revealed the iPhone 14 series on September 7th. Following its launch soon after,...
Steve Vegvari
31 mins ago