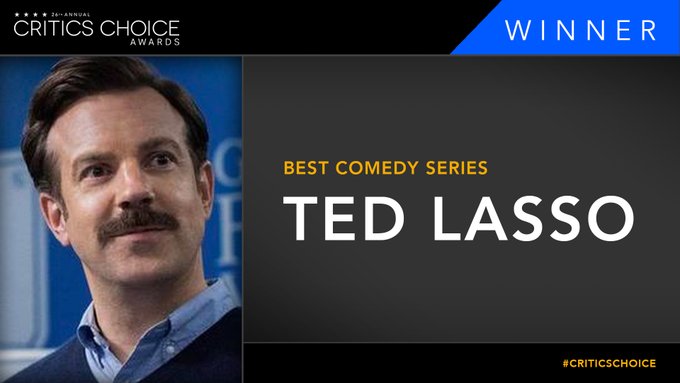 Ted Lasso won in all three categories it was nominated in, in the comedy genre:

Sudeikis, fresh off his Golden Globe win, which gave Apple TV+ its first award in the latter, beat out fellow nominees Hank Azaria (Brockmire), Matt Berry (What We Do in the Shadows), Nicholas Hoult (The Great), Eugene Levy (Schitt’s Creek) and Ramy Youssef (Ramy) for Best Actor in a Comedy Series.

As for Best Comedy Series, Ted Lasso took home the win over Schitt’s Creek, Mom, What We Do in the Shadows and The Flight Attendant.

Ted Lasso is a great show on Apple TV+ and Sudeikis’ win is well-deserved.