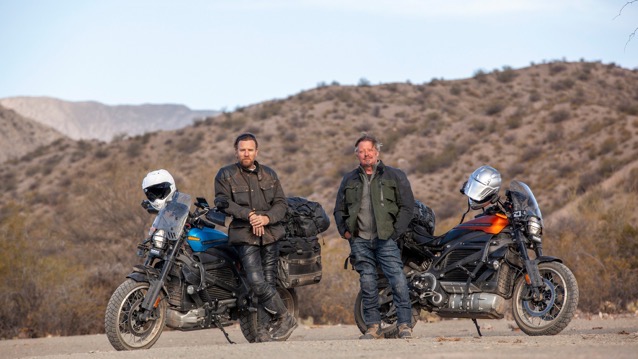 Apple has today shared a first look at its upcoming new motorcycle series “Long Way Up” starring Ewan McGregor and Charley Boorman, which reunites best friends after more than a decade since their last motorbike adventure around the world.

“Long Way Up” is a new original series that follows Ewan and Charley’s previous adventures in “Long Way Round” and “Long Way Down.” The series will join an expanding offering of acclaimed unscripted series and films including the recently announced Fireball,” an original feature documentary directed by acclaimed filmmaker Werner Herzog and Professor Clive Oppenheimer.

The first three episodes of the unscripted series will premiere globally on Apple TV+ on Friday, September 18, with new episodes rolling out weekly. It will follow Ewan and Charley as they journey through Argentina, Chile, Bolivia, Peru, Ecuador, and up through Colombia, Central America, and Mexico.

“Long Way Up” will cover 13,000 miles over 100 days through 16 border crossings and 13 countries. The duo will also be joined by their longtime collaborators, directors David Alexanian and Russ Malkin, following them in their electric Rivians.