New Apple TV Said to Include Motion Sensitive Remote, Possibly for Gaming [u]

Apple announced their special event date set for September 9 yesterday, and now all eyes are on what the company could bring, aside from the expected iPhone refresh. Rumours have pointed the company may also unleash a new Apple TV, the same hardware that was expected for WWDC but delayed.

According to Matthew Panzarino over at TechCrunch, he was able to get information from multiple sources that “Apple is about to lay down its cards,” suggesting the Apple TV platform we’ve been waiting for is finally set to arrive.

The next Apple TV remote is said to be a bit bigger, thicker and have buttons on the bottom half, with a touchpad area on the top, plus of course support for Siri.

As for the remote? Panzarino’s sources mention it’ll be motion sensitive, which could lay down a new genre for casual gaming with Apple TV:

One thing that hasn’t been talked about yet is the fact that the new remote will be motion sensitive, likely including several axis’ worth of sensors that put its control on par with a Nintendo Wii remote. The possibilities, of course, are immediately evident.

As for why the Apple TV launch was put on hold prior to WWDC, sources said it was so the company could polish up the final interface and design. Panzarino notes “The experience of using it is said to blow away the types of junky smart TV interfaces we’ve had to deal with so far. This is the first real Apple TV product.”

The Apple TV is set to becoming a real platform to allow for casual gaming, movies, content apps, support for home automation and other control apps “we haven’t even begun to see yet.” 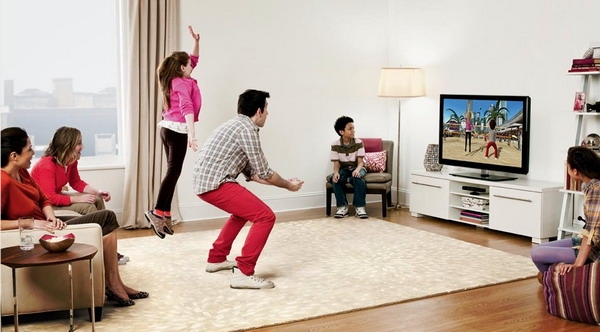 Back in 2012, when rumours pointed at Apple releasing an actual television set, it was suspected the remote would have Kinect-like motion capabilities. Later in 2013, Apple acquired the motion-tracking company behind Microsoft’s Kinect, PrimeSense.

Apple TV as a platform for the home would lead to so many more possibilities. Let’s wait and see what comes from September 9, which can’t come soon enough.

Update: Daring Fireball’s John Gruber has blessed Panzarino’s piece, calling it “the most-informed, best-written piece on Apple TV that you will will find before September 9.”