Looking to save a few bucks on the third and fourth generation Apple TV? Staples has a sale right now, offering $10 off the 32GB and 64GB new Apple TV  and $10 off the third generation model, both online and in-store.

The prices are as follows: 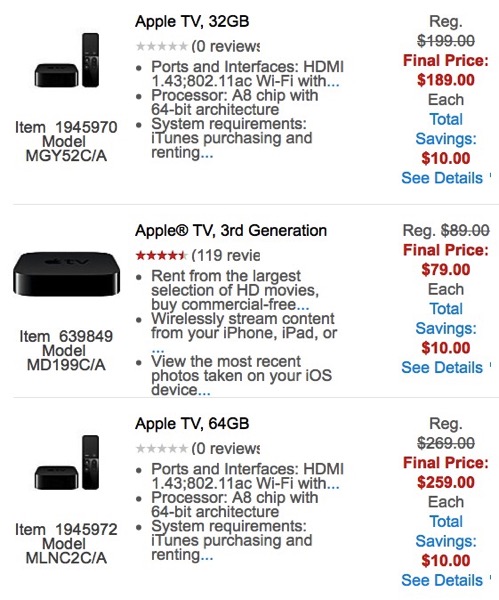 The price on the 64GB new Apple TV is the same price as Costco, while the $79 third generation is the same price as a refurbished unit from Apple.ca. The sale is part of an email blast advertising “up to 15% off” select streaming media devices, only available from December 19 to 20.

In previous years, we’ve seen the third generation Apple TV go on sale from Staples for ‘door crasher’ prices ranging from $79-$88, but with the introduction of the latest Apple TV 4, these prices have come down to those levels.