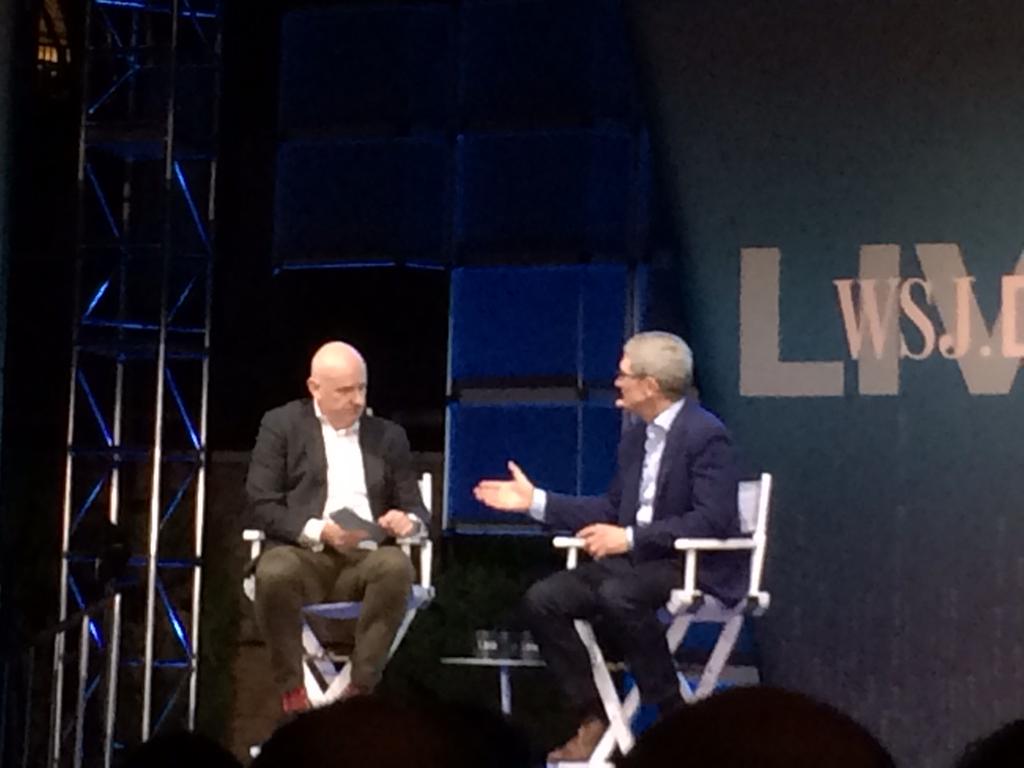 The opening night of the WSJDlive conference kicked off last night with Apple CEO Tim Cook on stage. During the interview Cook touched on various topics, such as the Apple Watch, the iPhone 6s, Apple Music, cars, privacy, and more.

If you were hoping Apple would release Watch sales figures, well, you will just have to wait a little longer, as Cook didn’t announce any numbers, because it is “competitive information”, and he doesn’t want to help the competition, he added.

“We shipped a lot the first quarter … then last quarter we shipped even more. … And I can predict this quarter we will ship even more,” jokes Cook about announcing Watch sales.

Cook, did, however give an update on Apple Music. During the interview, he said Apple Music has 15 million subscribers, 6.5 million of whom are paying for streaming music – not bad for a service launched just a few of months ago. He says “people love the human curation” aspect of it – highlighting a feature that distinguishes Apple Music from Spotify.

Tim Cook on CarPlay: “We look at a lot of things. Our model is to reduce that list to a few. We will see what we do in the future. I do think that industry is at an inflection point for massive change, not just evolutionary change.”

Another topic of discussion was the TV. Apple unveiled its all-new set-top box in September but didn’t disclose a shipping date. The Apple TV 4 aims to be the foundation of the company’s foray into the living room, as it is after revolutionising the TV experience, which Cook describes as “terrible [and] broken”.