Ahead of Apple’s ‘iPhone 7’ event next week, the company’s official Twitter account has gone live: @Apple. The account was registered back in September 2011, but has been dormant since then.

But this evening, the account went live and it is also Twitter verified (indicated by the blue check mark), signalling it’s authentic. 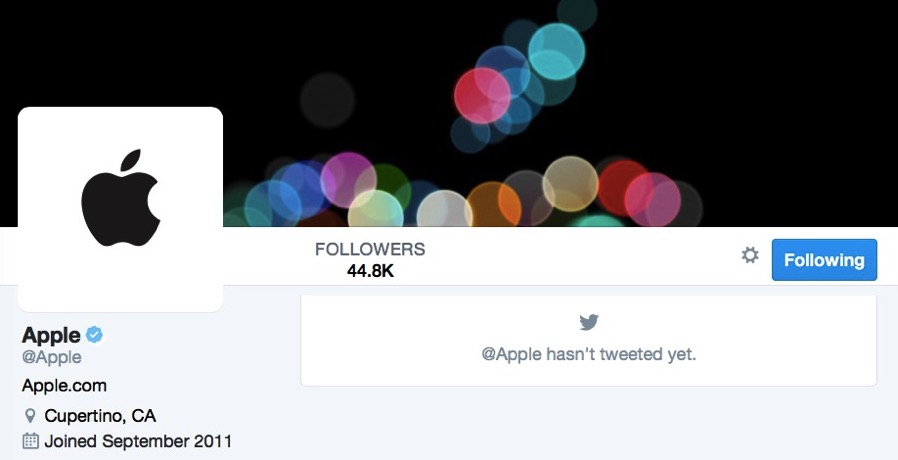 No tweets have been made yet, but Bloomberg reporter Mark Gurman believes Apple will be live-tweeting their own event next week.

During previous special events, Apple would have its social media team live post images and more from events on its website. But with this official Twitter account now live, looks like things will be moving to the social web, finally. The account’s banner is an image taken from the company’s special event invite–so we can most likely expect live-tweeting of announcements.

The account is gaining followers rapidly; as of writing it was at just under 45,000, but after refreshing it’s gone up by over 1,000. If you’re reading this post in the morning, I’m guessing it’ll have a million followers or more by now.