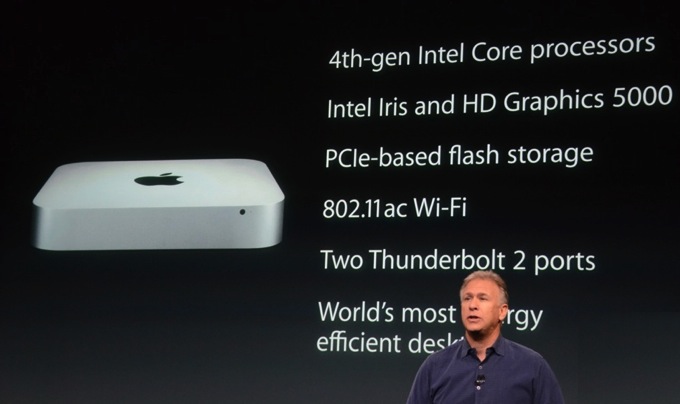 Along side the unveiling of the iPad Air 2, the Retina iPad Mini 3 and the iMac with Retina 5K Display, Apple has also updated the Mac mini with faster processors and a new lower starting price. The new Mac mini features fourth generation Intel Core processors, integrated graphics that are up to 90% faster, 802.11ac Wi-Fi and Thunderbolt 2. It starts shipping today at CDN $549 (US $499).

The new Mac mini delivers new levels of graphics performance, expandability and connectivity. New integrated Intel HD Graphics 5000 and Intel Iris Graphics deliver up to 90 percent faster graphics performance than the previous generation.* Mac mini now includes two Thunderbolt 2 ports, each delivering up to 20Gbps of bandwidth to each port, as well as next-generation 802.11ac Wi-Fi that is up to three times faster when connected to an 802.11ac base station. Mac mini is still the world’s most energy efficient desktop, exceeding Energy Star 6.1 requirements by seven times the standard and consuming as few as 6 watts of power at idle. 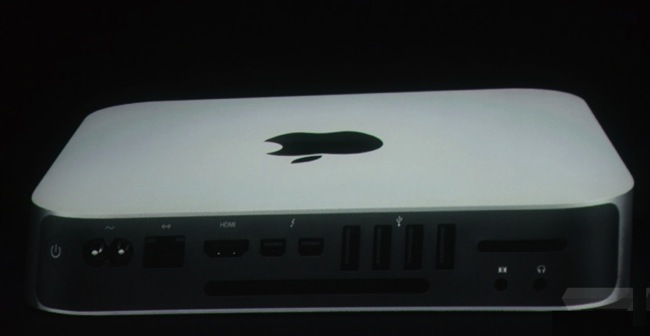 The new Mac mini which starts shipping today, is offered in the following three standard models: