Apple recently launched a new page on its website to tout why the iPhone was the smartphone of choice. Just yesterday, the iPhone won its 9th straight JD Power and Associates award for customer satisfaction and we noted the company had not updated its “Why iPhone” page to reflect this achievement.

Well, that time has come today. The website was updated with this tongue-in-cheek change to the graphic: 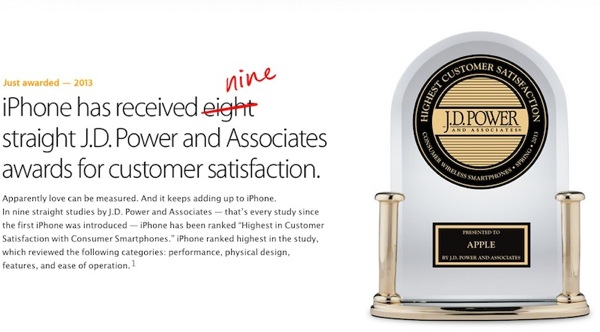 Apparently love can be measured. And it keeps adding up to iPhone. In nine straight studies by J.D. Power and Associates — that’s every study since the first iPhone was introduced — iPhone has been ranked “Highest in Customer Satisfaction with Consumer Smartphones.” iPhone ranked highest in the study, which reviewed the following categories: performance, physical design, features, and ease of operation.

Subsequently, Apple has also sent out emails to its customers notifying them of this update too, as noted below (via Cult of Mac): 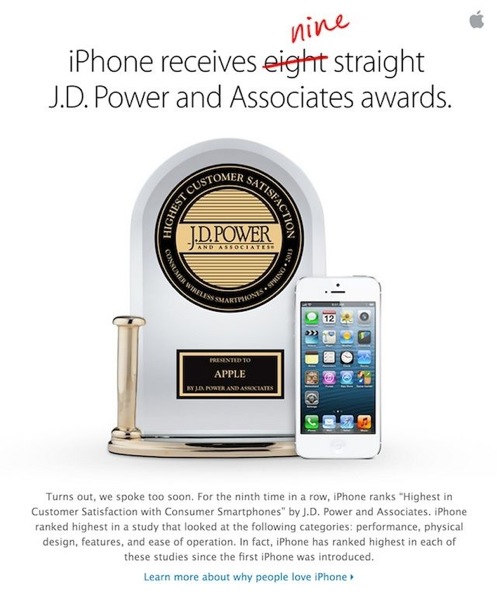 The JD Power survey measures satisfaction out of 1,000 possible points. The iPhone was awarded 855 points with strong points in physical design and ease of operation, compared to Nokia at 795, then followed by Samsung at 793.

Apple, Google, Amazon, Meta, and Microsoft have all joined the University of Illinois (UIUC)'s Speech Accessibility Project to improve voice recognition algorithms for users with disabilities that affect speech and those with diverse speech patterns — reports Engadget. The tech giants are also joined by nonprofits like The Davis Phinney Foundation and Team Gleason in...
Nehal Malik
25 mins ago