In a recent research note, Jeffries analyst Tim O’Shea has predicted that the iPhone maker’s forthcoming video streaming service won’t make up for its declining smartphone sales, even if it reaches 250 million subscribers in the next 5 years or so as it would only account for 5% of the company’s annual revenue, Business Insider reports. 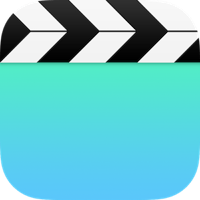 “If the service was extremely successful and hit 250 million subscribers, it would yield $13.5 billion in revenue for Apple. That’s nothing to sneeze at. After all, Netflix’s total sales last year were $15.8 billion.

But in the context of Apple, such a figure would be just a drop in the bucket. In fiscal 2018, the company posted revenue of $265 billion. Although O’Shea and other analysts expect Apple’s sales to drop sharply this year before slowly recovering in the coming ones, $13.5 billion would still represent only a small fraction of the company’s revenue.”

The widely rumoured video streaming service from Apple, which is expected to debut next month, would cost customers $15 USD per month, with Apple taking a 30% cut of the revenue, according to the analyst. The Wall Street Journal previously predicted the service would cost $10 USD per month.

Ahead of Apple’s video service launch, Netflix has already started encouraging customers to sign up for its service via its website in order to avoid having to pay Apple any signup commission.

Apple Canada currently is advertising the latest iPhone XR from $649 and iPhone XS from $999, by trading in your current iPhone at an Apple Store.