Apple Watch will use a companion iOS app installed on iPhones to help manage the wearable’s apps and settings. With today’s release of iOS 8.2 beta 4, the first sign of the app’s existence has been noticed by 9to5Mac’s Mark Gurman—check out the image below, found within iOS Bluetooth settings: 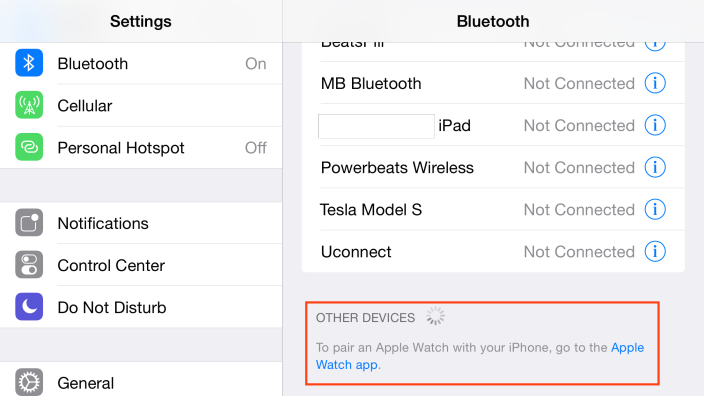 As previously described by A Blog to Watch, which had an exclusive hands-on with Apple Watch, a dedicated Apple Watch iOS app will help manage the wearable’s relationship with your iPhone, noting “users will install an Apple Watch app on their iPhone, which will be used to download apps onto the watch as well as likely manage Apple Watch settings.”

The paired iPhone will take on computational power to help preserve Apple Watch’s battery life, which is expected to last a day. Apple CEO Tim Cook previously stated in an interview “we think you’ll want to charge them every night, similar to what a lot of people do with their phone.”

The Apple Watch will also be able to control your iPhone’s settings, such as toggle AirPlane Mode, Do Not Disturb and to mute your ringer switch, plus ‘ping’ your iPhone (via @chavravel), as noted by an animation on the Apple Watch website: 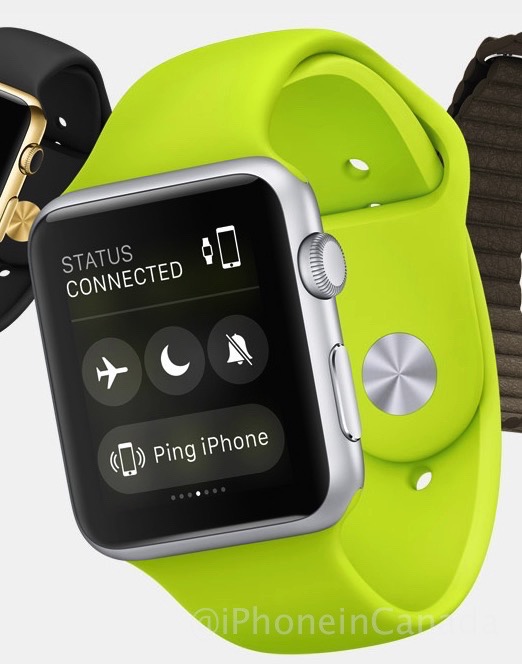