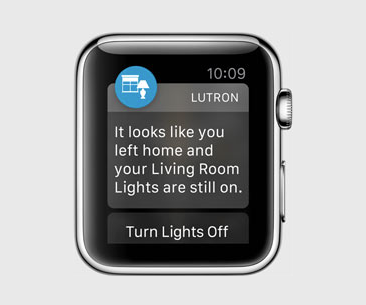 When Apple introduced the Watch at the September event, it highlighted some of the features it will pack: The ability to pay for a purchase in-store, monitor your health, track your location with the help of your iPhone, etc. Beyond that, however, this tiny device could be the launching pad for the next wave of billion-dollar consumer-tech startups, writes Christopher Mims in the Wall Street Journal.

Mims had early access to apps that will populate the Apple Watch when it launches, possibly in March. We all know that you may have great hardware, but if you don’t have apps, you will have a hard time reserving your market share (we could point to some tech companies such as BlackBerry and Amazon’s Fire Fone as examples).

Apple is in a great position: It has already paid $25 billion to date to developers and, more importantly, has granted access to WatchKit well before the hardware launches, so there we will likely see an abundance of apps created for the Watch from day one.
Mims points to the behaviour changes that wearables, particularly the Apple Watch, bring (thanks to apps):

But, like Google ’s Android Wear software, Apple Watch compresses all of those actions into what Apple calls a “short look.” The watch vibrates, and when we look at it a single short message is visible. Apple goes even further than Android Wear by providing a “long look” that is activated when the watch detects that we’re looking at it for more than a moment.

The long look can display content, including photos and text, plus buttons allowing us to take further action. Separately, simply tapping the screen can bring up any other card or state-of-the-watch app, taking us deep into its contents. In this way, contextually appropriate information can be available on our wrist in an instant, and its depth can scale with the wearer’s attention, from a session lasting a second through one lasting many minutes, as we scroll through the contents of a card within a watch app.

As a result, wearables can reform the entire push-notification-based interaction model and make it truly convenient. What we users are going to get is better communication with the Web and physical place: Imagine walking into a store with a shopping list, and your watch taking you to exactly where the desired product is located. And that’s just the beginning.