If you didn’t know already, here’s how Apple Watch calculates your heart rate, according to the company’s detailed support document:

The heart rate sensor in Apple Watch uses what is known as photoplethysmography. This technology, while difficult to pronounce, is based on a very simple fact: Blood is red because it reflects red light and absorbs green light. Apple Watch uses green LED lights paired with light?sensitive photodiodes to detect the amount of blood flowing through your wrist at any given moment. When your heart beats, the blood flow in your wrist — and the green light absorption — is greater. Between beats, it’s less. By flashing its LED lights hundreds of times per second, Apple Watch can calculate the number of times the heart beats each minute — your heart rate. 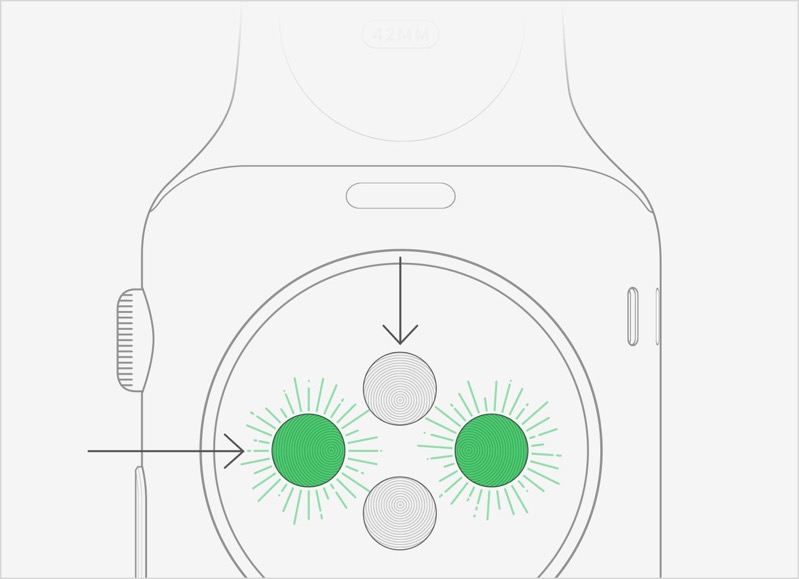 Apple Watch will measure your heart rate every 10 minutes throughout the day and store the data within the Health app. To ensure an accurate and consistent reading, Apple says the watch should be “snug but comfortable” when worn. 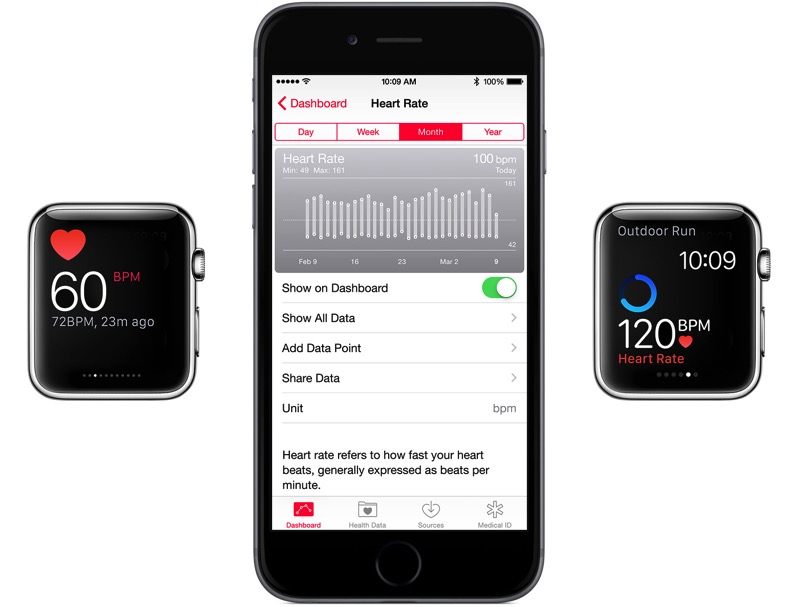 The company says skin perfusion (how much blood flows through your skin), exercising in cold weather and irregular movements (i.e tennis, boxing) may impact the performance of the heart rate sensor.

Apple Watch spokesperson Christy Turlington-Burns previously detailed how the Apple Watch calculated heart rate and noted how she has come to rely so much on the device as a running partner.

I can’t wait to be that creepy friend and send out my heartrate to my fellow Apple Watch users at random times during the day, to mess with their heads. All kidding aside, this will be pretty great for workouts. Can’t wait for our Apple Watch to arrive, as some are already ‘preparing for shipment.’