Apple Watch represents a new chapter in the way people relate to technology. Learn how to make your WatchKit apps seamlessly integrate with the user experience of Apple Watch by getting the latest design details and development resources from the updated Apple Watch Human Interface Guidelines. 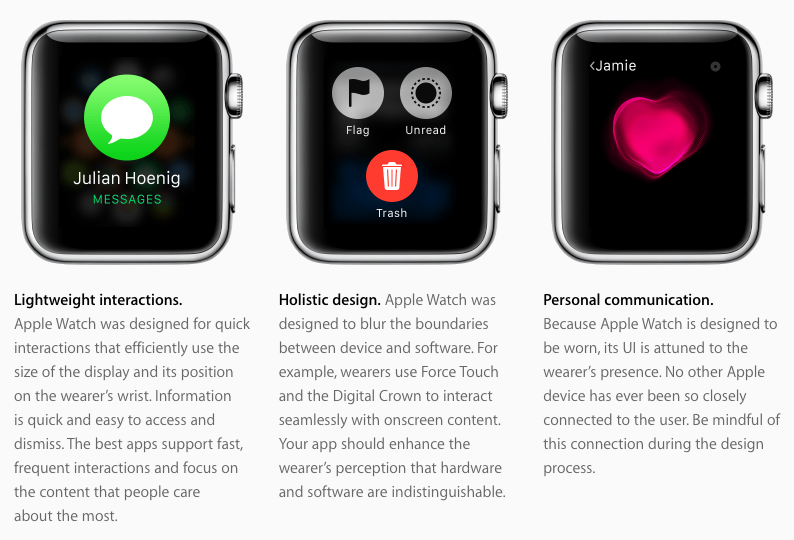 Apple explains to developers “as you design your Apple Watch app, understand the foundations on which Apple Watch itself was designed,” which include lightweight interactions, holistic design and personal communication. Other major interface guidelines detail Gestures, Force Touch, the Digital Crown and the Side Button.

Right now, Apple Watch apps are still in their infancy, despite some being ready out of the gate (most developers created apps using the simulator and didn’t even have access to the device).

Current Apple Watch app wait times are excruciating, at times 5-6 seconds before I can get any information to show up. This surely will improve as software updates are released and developers better optimize their apps.

Wedbush Securities analyst and regular Apple bull Daniel Ives said in a recent note to clients that the iPhone maker's upcoming earnings report for its fiscal first quarter of 2023, scheduled for Thursday, February 2, will be the "most important earnings" for the tech market (via Apple 3.0). "After a horror show year in 2022...
Nehal Malik
34 mins ago