According to USA Today, Apple will launch a new app dubbed “the Watch List” at its Mac event tomorrow, to aid users in TV show discovery on their Apple TV:

Described to network executives as “the Watch List,” the app will recommend shows based on the content viewers access through their Apple TVs. For example, a subscriber to FX Networks might be encouraged to check out the new dramatic series Atlanta. 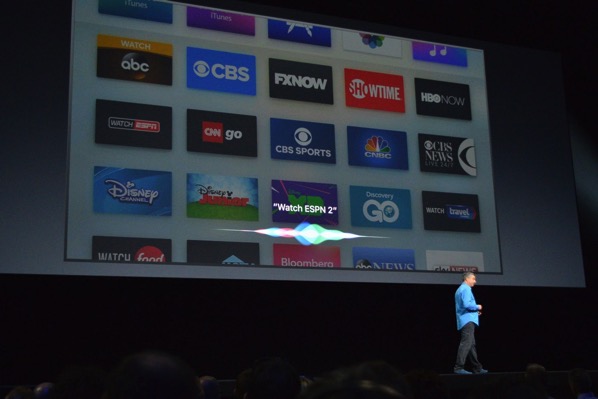 The app is known as “The Watch List” internally, but will have a different name when it is officially announced. The discovery is said to help network programmers promote new shows, at a time when cord-cutting is gaining popularity.

Apple announced at WWDC this year single-sign on for Apple TV 4 users, which would allow one login to all network TV apps, instead of logging in individually. This feature has yet to arrive.

As for “The Watch List”, it will be interesting to see if it is available in Canada. Major broadcasters have yet to adopt live streaming Apple TV apps (Shaw Freerange TV where you at?), aside from Rogers Sportsnet NOW for live sports.

The leak of this upcoming app is a timely one, as Microsoft is holding its Windows 10 event in New York City, which is dominating headlines this morning.