There are events the Apple Watch cannot miss, and this week’s Fuori Salone – the Milan Design Week – is one of them. As a result, the Apple Watch arrived in Milan today, as did Apple’s head of worldwide marketing, Phil Schiller. 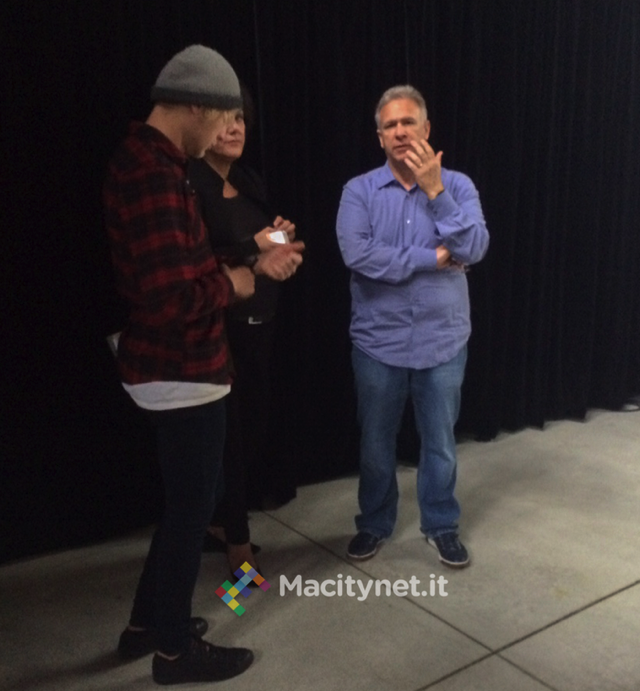 Apple is previewing the Apple Watch during the renowned event on Friday, April 17 between 10 a.m. and 8 p.m. CET. Since the event is public, it was the perfect opportunity time for Apple and design enthusiasts to be there and see the Apple Watch for the first time in Italy, well before it becomes available in Apple Stores in the country.

As you can see, Phil Schiller was spotted by journalists during the event. The first image capturing Schiller in the company of two people was posted by Macity’s reporter, and the second, by DDay.it. As the Italian sites note, Apple’s head of marketing did not give any interviews, saying that the spotlight should not be on him but the Apple Watch.