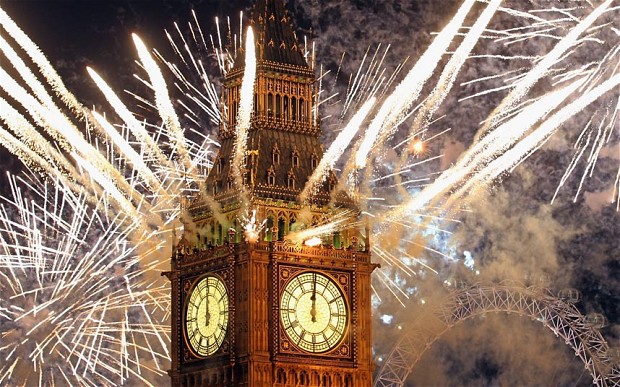 According to Apple’s VP of technology Kevin Lynch, the carefully coordinated software of the Apple Watch makes it the most accurate way to count down the seconds on New Year’s Eve, The Telegraph reports. This is the first 31st of December that people will be wearing their Apple smartwatches entering into the New Year, and the Apple executive believes it will offer them the most accurate method of counting into 2016.

“When we were designing the Apple Watch, we really focused on accuracy. If you’re in a room on New Year’s Eve wearing one, you will be the best reference for when the New Year actually begins,” he says.

“The second hand on every Apple Watch is perfectly in sync, and each device is accurate to 50 milliseconds of Co-ordinated Universal Time (UTC), the world’s time standard, which is below human perception, so when you look at it you can’t tell the difference,” he explains.

Lynch explains that the Apple Watch’s reference time is taken from the US equivalent of London’s Greenwich, the naval astronomical observatory in Washington, that houses a number of atomic clocks, which use electromagnetic signals generated by atoms to tell the time as accurately as possible. “Atomic clocks measure time using the resonant frequency of a caesium atom – an atomic element – which works out the seconds for us,” he says. Once the time reaches the Apple Watch, the team worked to ensure it remains accurate, says Lynch.

Even more, Apple used high-speed cameras to test the Apple Watch’s accuracy, filming at 1,000 frames per second to create millisecond-precision. The watch face is then overlaid with the time from an atomic clock housed in Apple’s testing lab in order to pair the Watch’s time with the true time.

Following Morgan Stanley's estimate that Apple’s App store net revenue tumbled a record 5% last month, CNBC's Jim Cramer has said that investors should ignore negative calls about the iPhone maker and hold onto their shares. “The next time you hear this Apple mishegoss, you need to recognize that you’re still getting one more buying opportunity in...
Usman Qureshi
35 mins ago