Photos showing off what appears to be a disguised Apple Watch prototype that’s powered by pre-released watchOS software were posted on Twitter yesterday. 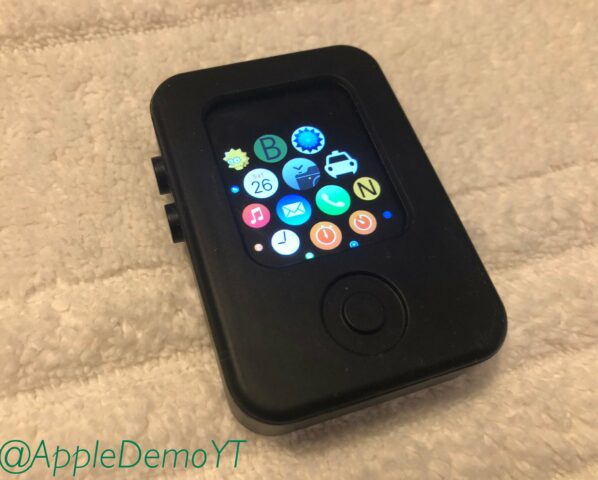 According to 9to5Mac, photographs of an Apple Watch prototype inside a safety case have surfaced, displaying a pre-watchOS software program and a “Lisa Tester” app that exhibits how the completed springboard would look.

According to the Twitter account Apple Demo which posted the images, obtained from an unknown source, the prototype device appears functional. The pre-release watchOS software can be booted into, with various development settings still present on the device.

Prototype Apple Watch with Security Case runs an Internal Pre-WatchOS 1.0 build, complete with internal testing apps and development settings. It’s extremely amazing that something like this could still exist; without having been destroyed. #appleinternal pic.twitter.com/WDTWP0NpIp

Interestingly, there’s no Digital Crown button on the early prototype. There are two buttons on the left side of the device and an additional button on the case itself.

“The software is pre-watchOS 1.0 and Apple Demo proves that the internal build is working with a variety of photos showing off the UI and more,” explains 9to5Mac. “Referencing the Apple Lisa computer from the 1980’s there’s even Lisa Simpson used as an app icon on the Apple Watch prototype for the ‘Lisa Tester.'”

Apple is known for concealing work-in-progress hardware in special boxes. Doing so permits employees to test upcoming products in the wild without risking revealing their design.