The U.S. Patent and Trademark Office (USPTO) has just granted Apple a patent for a Touch ID button for a future Apple Watch, similar to how the feature has been integrated into the new iPad Air’s power button, Patently Apple is reporting. 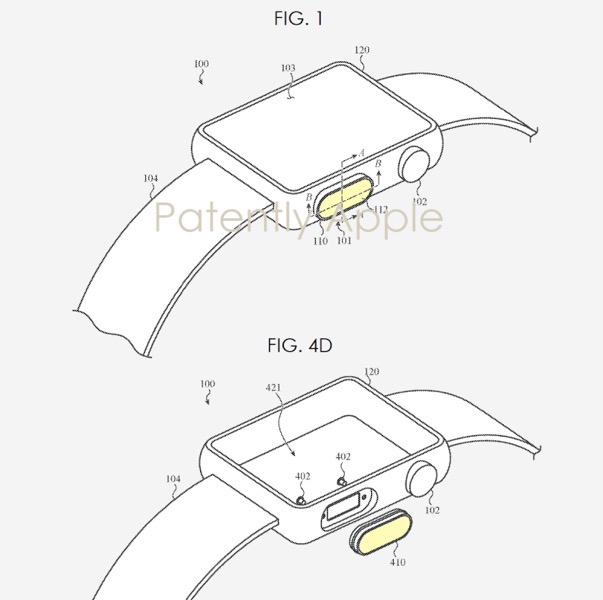 The above figure from Apple’s filing shows an electronic device with a biometric sensing system and button assembly giving us a hint at how it might be implemented in the Apple Watch.

The filing also notes that the Apple Watch processor may apply the biometric identification or fingerprint scanning for any of several purposes like  user identification, device unlocking, application authorization, or to authorize a transaction such as Apple Pay.

In some embodiments, the processor may also instruct the biometric sensor to capture a biometric datum from the user. Fingerprints and DNA are example biometric characteristics.

A capacitive biometric sensor may sense fingerprint characteristics of a user touch that may be used to provide a fingerprint identification of the user.

Would you like to see a Touch ID button on the Apple Watch?