In partnership with Huish Outdoors, Apple has released the new Oceanic+ dive app for the Apple Watch Ultra, which the company has been highlighting as the closest thing to an ‘official’ Apple dive app.

In a detailed hands-on review of the Apple Watch Ultra and the Oceanic+ app, the folks over at DC Rainmaker have called it a “great starting point, especially for casual divers.”

Below are some of the core features of the Oceanic+ app:

“It includes everything pretty much any casual diver would need, and does it in a silly easy-to-use fashion. I mean, you literally just drop in the water and the app automatically starts,” the experts wrote.

They did however note that digital transmissions like Bluetooth or WiFi simply don’t work underwater more than a few centimeters.

“The dive features offer Apple Watch Ultra customers who dive casually an easy path to have dive information on their existing watch, without spending $500-$1,200 for that data. For people doing vacation dives, that’s awesome,” they added. 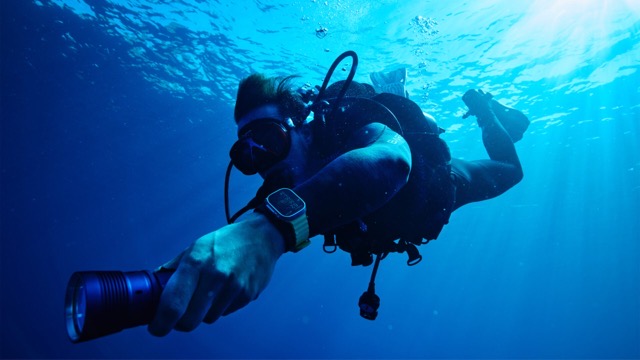 For more reviews of the Apple Watch Ultra paired with the new Oceanic+ dive app, check out our roundup below:

[caption id="attachment_390033" align="aligncenter" width="960"] Image: Microsoft[/caption] Microsoft on Tuesday held an in-person event in Seattle, Washington, where the company announced a number of new AI-centric innovations coming soon to its products (via The Verge). The highlight of the event was Microsoft unveiling "the new Bing," powered by a new next-generation large language model under a...
Nehal Malik
9 mins ago