As the Apple Watch gets into the hands of users worldwide, stress tests are filling the gaps in the press reviews we’ve read ahead of its release, as is the Apple Watch Sport’s water resistant ability: Apple doesn’t recommend you to take it under the shower or for a swim, and it does so for a reason. The Apple Watch has an IPX7 water-resistance rating. 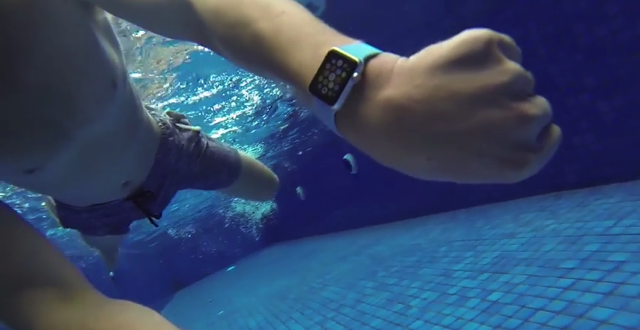 However, the guys from the Australian FoneFox team decided to test that feature, and they had a very pleasant surprise. The Apple Watch Sport model with a blue band was subjected to a light shower followed by a full shower (about five minutes), but the screen remained fully responsive.

What’s more surprising, though, is that the Watch got thrown into a bucket of water for five minutes and was still not damaged – you may recall that the guys from iFixit mentioned what measures Apple had taken.

To take it to the next level, the Apple Watch Sport went swimming in a pool. While its screen was unresponsive under water, due to its capacitive screen, it remained fully functional, even after 15 minutes under water.