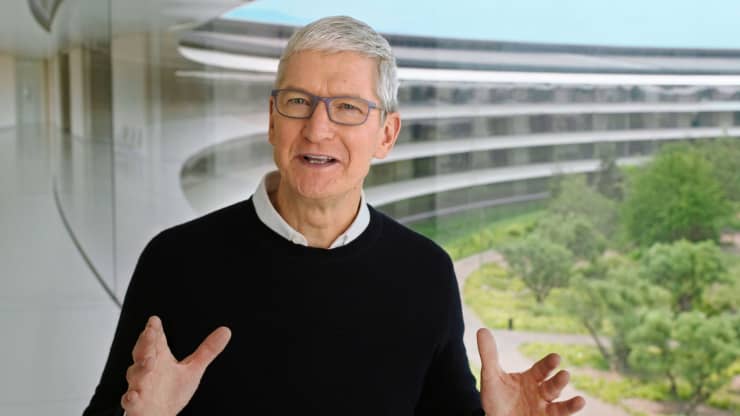 Apple CEO Tim Cook confirmed on Tuesday the company will purchase chips made in the U.S., built at Taiwan Semiconductor Manufacturing Company’s (TSMC) Arizona factory. Cook spoke at an event in Arizona today ahead of President Joe Biden.

“And now, thanks to the hard work of so many people, these chips can be proudly stamped Made in America,” said Cook in his speech, reports CNBC. “This is an incredibly significant moment.”

Taiwan-based TSMC is the world’s biggest foundry company, dominating over 50% of global market share. It helps make processors that are inside iPhones, iPads and Macs. Most of their manufacturing takes place in Taiwan but recent geopolitical tensions with China have urged TSMC to expand outside of the region, to ensure ample supplies of chips.

“Today is only the beginning,” said Cook. “Today we’re combining TSMC’s expertise with the unrivaled ingenuity of American workers. We are investing in a stronger brighter future, we are planting our seed in the Arizona desert. And at Apple, we are proud to help nurture its growth.”

Apple silicon unlocks a new level of performance for our users. And soon, many of these chips can be stamped “Made in America.” The opening of TSMC's plant in Arizona marks a new era of advanced manufacturing in the U.S. — and we are proud to become the site’s largest customer. pic.twitter.com/rBoiEUwZaX

TSMC will invest $40 billion in a pair of plants in Arizona, with the first expected to start production in 2024 and the second in 2026, according to the U.S. government, which is partially subsidizing the projects, which will have an annual capacity of 600,000 wafers, meeting U.S. annual demand. In 2020 alone, TSMC made 12 million wafers in total.

Earlier reports claimed Apple, along with other companies, had urged TSMC to make 4nm chips at its factory in Arizona, and now that has proved to be true.

Quora has just opened public access to its AI chatbot ‘Poe,’ which lets people ask questions, get instant answers, and have back-and-forth conversations. Poe allows users to ask questions from a range of AI chatbots, including those from ChatGPT maker OpenAI, as well as other companies like Anthropic. Quora’s chatbot is currently available on iOS, but...
Usman Qureshi
41 mins ago